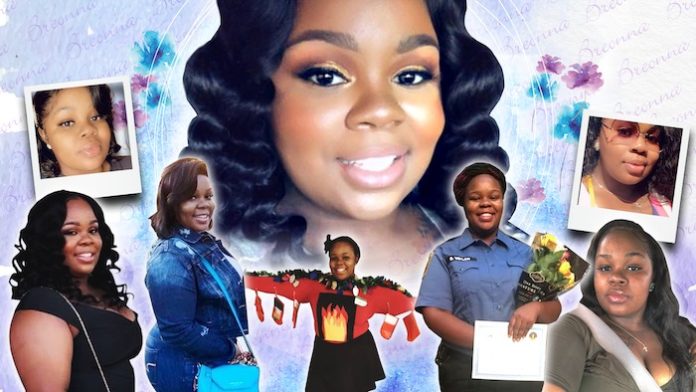 At this point, you probably know Breonna Taylor’s story. However, you may not know that the Louisville Metro Council recently passed a “no-knock ban” law in her honor. As great as the law sounds, though, it honestly means nothing because no one has arrested or charged the cops who killed Breonna Taylor. Those officers killed a woman who was asleep in her home, but the last time I checked, sleeping is not a crime.

Does the Breonna Taylor law really prevent cops from killing innocent black people again? Does this law provide any justice or closure for Breonna’s family?

If we punish the cops who killed George Floyd and Rashad Brooks, why can’t we arrest the officers who killed Breonna Taylor? Letting Breonna’s killers go doesn’t make any sense. The only difference between Breonna Taylor’s case and George Floyd’s is that Breonna was an unarmed black woman and not an unarmed black man. It was the same type of crime, but we hold the officers to different standards because Breonna is a woman.

We all saw the “Justice for Breonna!” posts on social media. In fact, people chanted her name along with George Floyd’s at many of the recent protests.

But we haven’t seen any justice for Breonna.

And here we are, months after Breonna’s death with no charges or arrests for Breonna’s murderers.

Breonna’s Law is just for show, especially considering that police officers can easily find loopholes. The law does not provide Breonna’s family justice or closure. And Breonna’s family needs closure— they lost a loved one with a bright, promising future.

The only way to truly serve justice is to charge the officers who killed Breonna.

They need to answer for their actions and spend a substantial amount of jail time. That’s the closure Breonna and her family deserve. Judging from George Floyd’s case, bringing justice against the police isn’t hard, but we haven’t been able to get justice for Breonna.

I worry that this exact situation will happen again because society doesn’t seem ready to change.

We need to see justice, not just for Breonna Taylor, but also for every unarmed person of color, including transgender people of color. If a cop kills you, you deserve justice regardless of your skin color or gender identity. Until that happens for Breonna and countless others who died at police’s hands, Breonna’s Law helps no one. So let’s not just shout “Justice for Breonna Taylor,” let’s mean it. I’m looking at you, Kentucky. Do the right thing. Give Breonna the justice that she deserves.

How You Can Be Jobless In A New City And Still...