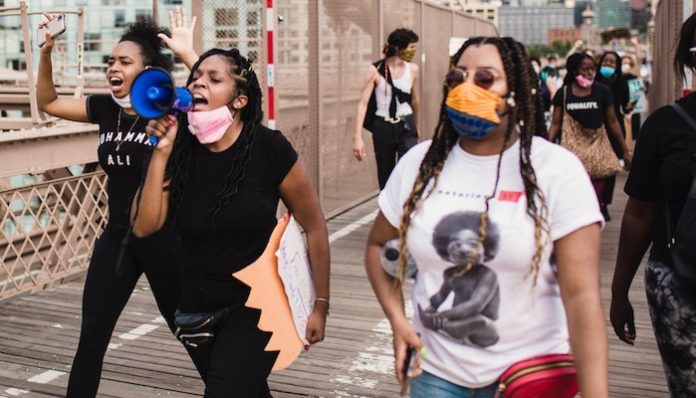 As a black woman living in the United States, I face many challenges that most women don’t. Because of my gender and race, I risk facing domestic violence and sexual abuse at higher rates than any group of women in the country. Because of my skin color, I also face institutional racism and the possibility of police brutality and femicide, even though most people regard it as an afterthought.

Obviously violence against women is nothing new. According to the World Health Organization, femicide “ranges from verbal harassment, to daily physical or sexual abuse, to murder” at men’s hands.

However, we don’t account for black femicide. It’s a silent killer in the community, and the lack of media coverage surrounding it leaves women afraid to come forward. This week, I had the opportunity to sit down with Our Lives Matter, a political organization that spreads awareness of black femicide both within and outside of the black community.

The founder, Rosa, has been a full-time nurse for over 30 years. Rosa tracks down and documents black femicide cases to spread awareness. In her interview, she shares plenty of insight into this important issue:

1. What is Our Lives Matter?

Initially, it started as a personal endeavor, but it eventually blossomed into something more. There hasn’t been any outcry about what is [happening] within the community and outside the community [with] violence against black women.

2. There are many hashtags out there that end with the word “matter,” like #blackslivesmatter and  #alllivesmatter. Why not use the hashtag #blackwomenslivesmatter?

I personally don’t use Our Lives Matter as a hashtag. …I do use [hashtags pertaining to] black femicide and gender-based crimes… When you say “black women’s lives matter,” the message isn’t clear. [The term] “black femicide” clearly states what the issue is and… encompasses both women and girls.

3. What is black femicide?

Black femicide is the intentional killing of a black woman or girl. People don’t realize that black women in America are subjected to the same gender-based violence [that we see] in third-world countries.

4. What can black women do to help raise awareness of black femicide?

Keep sharing stories and… talking about these issues. …Every day should be a call to action. With… Breonna Taylor[‘s death], I made sure my followers shared [her] name and resources [to help].

5. What can the black women and black men do to stop black femicide?

Because most of the perpetrators [of black femicide] are black men and boys, black men must mentor young black boys and help them find healthy ways to release anger.

As… women, we must talk to young girls. We need to [move] away from the notion that pain and struggle equals love and teach [girls] the signs of toxicity [in relationships].

6. Your political organization also focuses on the abuse of black women and young black girls. How does abuse negatively affect black women?

Many women who [suffer abuse] at an early age… grow up thinking that abuse is normal… We [become] indoctrinated… to protect black men and boys at [any] cost, [which keeps us silent].

7. What stereotypes prevent us from seeing black women as violence victims?

One of the stereotypes that [keeps] us… complicit in crimes against [black women] is the “strong, independent black woman” stereotype. [People view us] as “strong” and “independent,” [so] you cannot be a victim.

8. To date, how many black women have been killed as a result of gender-based violence and police brutality?

374 black women have been murdered [from these types of violence].

9. What are some hashtags that we can use to support female victims of police brutality?

10. Black women experience both racism and sexism. Can the world ever see us as both female and black?

As black women, we must see ourselves as women first and [proclaim] that we are indeed women. The face of police brutality is black boys and black men, [and] we know that gender plays a role in police brutality. So why [can’t we spread awareness of violence against]black women and girls?

11. What can #blacklivesmatter do to ensure that black women’s issues stay at the forefront?

I would like to see #blacklivesmatter be more proactive in making… the [violence] against black women and girls [public]. The faces that You [mainly] see… cis-gender black men, [and that needs to change].

10 Types Of Toxic Relationships To Avoid At All Costs