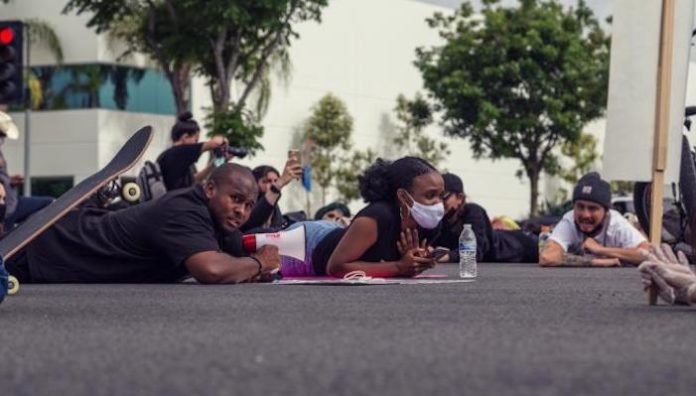 Being a Black woman is phenomenal.

Black women have been leaders in many prevalent social justice movements in America, have pioneered many aspects of the fashion and music industries, and set trends that we pass from generation to generation.

Black women exude intelligence, class, and grace as they fight for what they know is right. To be a Black woman is to be gifted, talented, and delightful, to say the least.

As Black women, it is terrifying to hear about the murders of young Black men and women. “That could have been my child” runs through our minds as we wonder what the future will hold for Black youth.

The uneasiness that we feel in the pit of our stomach every time our husbands, boyfriends, fathers, brothers, and uncles leave the house never settles. “I hope the police do not stop him today,” “I hope he makes it to his destination and back home safely,” and “Maybe I should go with him to make sure nothing happens,” are just a few of many thoughts that run through our minds when we think about the Black men in our lives.

People also judge Black women for every little thing that we do, from how we wear our hair to how we express ourselves. The world seems to love Black women a lot more when we sit in silence than when we spread knowledge and facilitate change.

Once a Black woman decides to use her voice, the world calls her “aggressive,” “loud,” or “extra.”

When a Black woman sits silently, she is a “wifey” and a great example. It’s almost as if nobody wants us to talk at all unless we come to their defense or say something that benefits them.

Our hair is our crown, but people refuse to stop petting us as if we are animals in a zoo or asking us if it’s “real.” Apparently, once a Black woman’s hair is longer than five inches, it’s automatically fake. People call our box braids “ghetto” and “ratchet,” but they also tell us that we can’t wear our hair natural because it’s “unkempt.”

Celebrities like Bhad Bhabie, Kim Kardashian, and Gwen Stefani contribute to cultural appropriation when they wear our hairstyles and claim them as their own.

Although Black women are constantly on the front lines fighting for Black men, who will fight for them?

Breonna Taylor is one of the Black women at the center of recent protests, but we are slowly forgetting to bring justice for her death. Police killed Taylor in the comfort of her own home, shooting her eight times for no reason. 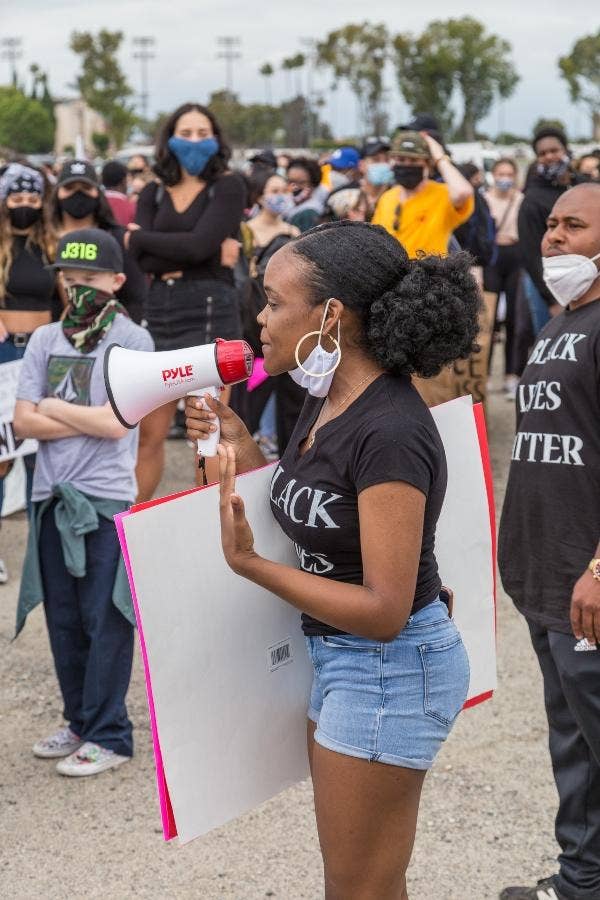 Photo courtesy of the author

Although police kill more Black men than Black women, it’s crucial that we fight for Black women as hard as we fight for their male counterparts. We need to tell Black women’s stories and demand justice to ensure that their deaths will not be in vain.

Kimberlé Crenshaw coined the #SayHerName movement to ensure that we tell women’s stories and fight for Black women. The movement currently ensures that the BLM protests don’t end once we find justice for George Floyd and Ahmaud Arbery. After all, we need to make sure that in these protests, we don’t leave Breonna Taylor behind.

The best part of being a Black woman is knowing that we all stand with each other. Despite the hardships that we face in America, we can always count on our sisters to hold us up high and fight for us when no one else will.

Sarah Jones-Smith enjoys writing about injustices against the black community in America and the lives of black women. She is a black woman. That is her superpower.

Featured image courtesy of the author

Why Millennials Who Believe In Religion Are Still Choosing To Skip...