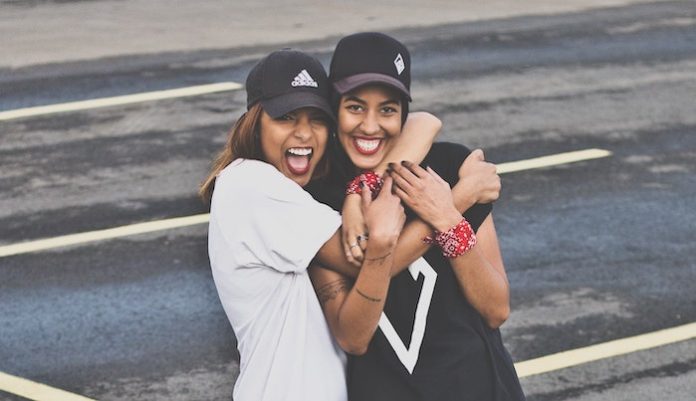 If you grew up with siblings, you probably know that it’s not a walk in the park. Maybe you bonded over the way your mom would treat you at times or funny movies you were obsessed with. But there were times where you were not the nicest to each other.

Regardless, there was something heartwarming about growing up with people who shared the same experiences as you. It was also great to feel that someone has always had your back when push comes to shove.

While we love our siblings equally (or slightly favor one over the other), a new study says that those who grew up with a sister are more likely to be happier than those who didn’t.

Researchers from Leicester’s De Montfort University and Ulster University in Northern Ireland studied 570 people aged between 17 and 25. They asked them a number of psychological questions about numerous topics, including mental health. The data collected showed that the participants who grew up with sisters were encouraged to communicate more openly about their feelings which ultimately gave them a more positive outlook on life.

When asked about the study, professor Tony Cassidy said that “sisters appear to encourage more open communication and cohesion in families. However, brothers seem to have the alternative effect. Emotional expression is fundamental to good psychological health and having sisters promotes this in families.”

He identified why brothers are not as motivational as sisters in terms of the “family role.” “It could be that boys have a natural tendency not to talk about things. With boys together it is about a conspiracy of silence not to talk. Girls tend to break that down.”

Supportive sisters are beneficial for those who come from divorced families. Trends found in this study could help offer support to families during hardships. He also suggests that “we should think more carefully about the way we deal with families with lots of boys.”

Research has proved the power of siblings, before. Brigham Young University performed a similar study in 2010 that supported similar data as the latest one. However, the original study consisted of 395 families with more than one child found that having female sibling makes you a kinder person.

At that time, researcher Laura Padilla-Walker told ABC News that “sibling affection from either gender was related to less delinquency and more prosocial behaviours like greater kindness and generosity, volunteering and helping others.”

Reflecting on this study, I would agree that sisters have a different kind of impact on their siblings. Coming from a house of two girls and one brother — who also happens to be the youngest. The bond I have with my sister is unbreakable. We are as close as the Olsen twins, we are totally in sync at all times. With my brother, I can think of many examples of things he says or does because he had the influence of sisters.

My brother knows how to react when someone is clearly upset. He has also become an optimist and shares the belief that communication fixes everything. You will never see him leave the seat up, and he has endless patience when all of our girlfriends come over. He truly appreciates women and makes an effort to understand them as a whole. Most guys don’t have these qualities that women appreciate , because they don’t have the influence of growing up with sisters.

Maybe it’s because we are all close in age or that my sister and I have such bold personalities that we wouldn’t tolerate anything less, I agree with this article 100%. So, if you have a brother too, use this as a reminder for him to thank you!

Photo by Lucas Lenzi on Unsplash

The Reality Of Getting Over Someone You Never Officially Dated