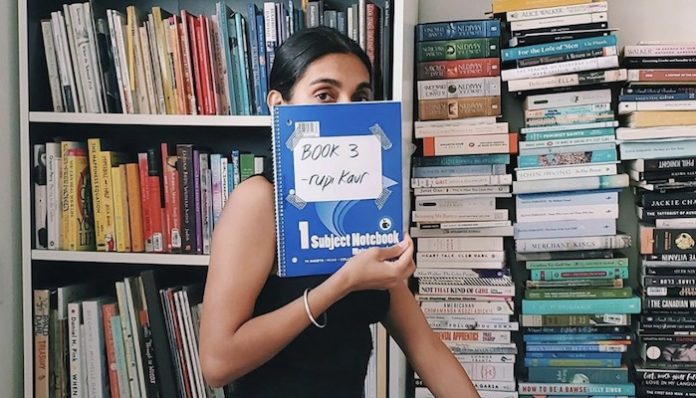 Poet Rupi Kaur became one of the hottest (and most controversial) topics of the last decade. In fact, one day in grad school, my poetry class debated over Rupi Kaur’s poetry. Personally, though, I believe that Kaur deserves the title “Writer of the Decade.” Rupi Kaur is a poet and artist whose books, milk and honey and the sun and her flowers, have reached millions of people. Kaur’s reach alone is amazing. When was the last time you saw a poetry book on the New York Times bestseller’s list at all, let alone first on that list?

I think, though, that Kaur’s popularity feeds into the reasons why people don’t take her writing seriously. Shouldn’t poets be starving artists who no one can understand? Shouldn’t they be so wrapped up in their own pretension that they end up tortured, penniless, and unknown for decades until a long-lost relative uncovers their unpublished manuscript? And shouldn’t people only recognize their genius after they die?

Well, I call bullshit on that mindset. Poetry is not entirely about the poet. As with any other written work, it’s also about the reader. Poetry moves people, helping them feel emotions they’ve lost touch with or see their lives differently. Poetry shouldn’t be so painfully self-referential that no one else can relate to it.

That may sound harsh, but I say it with love. People have called many of my poems “self-involved,” “diaristic,” or “navel-gazing.” I still think that deep, highly personal writing matters, and it can definitely still be “real” poetry. But the truth is, there’s absolutely nothing wrong with poetry that’s a little more accessible.

When I taught college freshmen, my students always dreaded the poetry unit. But they understood Kaur, largely because they felt like Kaur understood them. Her poetry wasn’t the stuffy, dead-white-guy nonsense that their teachers forced them to read in high school. Rupi Kaur’s poems felt real, raw, and relevant to their lives.

We should allow poetry to be relevant. In fact, I think that relevance truly immortalizes a poem. When a poem is relevant to the human condition, people will read it over and over, no matter how much time passes.

Our society will immortalize Kaur’s work for that very reason: its relevance. In the last decade, Kaur has gifted us with two amazing poetry books that have radically changed how young people see the art of poetry itself. Instead of poetry feeling daunting, it now seems approachable. Instead of poetry seeming boring, it feels important. No other poet in the last ten years (or maybe in history as a whole) has been able to create such a powerful shift in the way we view poetry. Whether you love or hate Kaur, you can’t deny that she’s had a profound influence on the world. And personally, I couldn’t be more thrilled that she’s been hailed “Writer of the Decade.”

A version of this article was previously published on the author’s blog, Megan Writes Everything.

6 Things To Know Before Dating A Guy With Commitment Issues