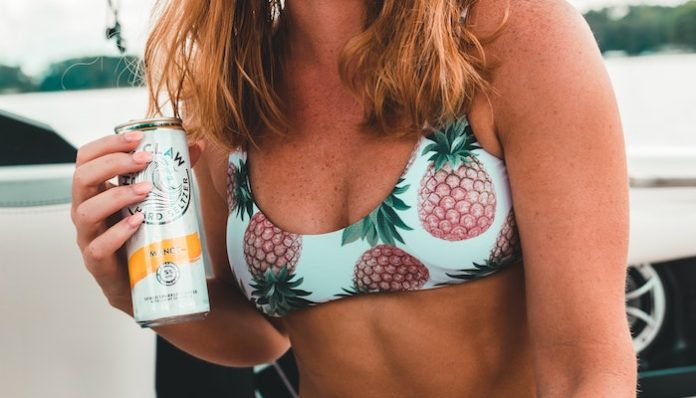 Between breadcrumbing, gatsbying, ghosting, and every other silly dating trend we have to deal with, a new one has emerged from the ashes. What’s worse, it’s actually extremely common: white clawing. That’s right, now we have another potential hazard to look out for when dating.

What is white clawing?

White clawing is typically described as dating someone exclusively for their good looks even though you find them to be dull.

And yes, it is named after the popular drink since many also find it exciting on the surface but bland once you start sipping. Harsh, I know. But not so shockingly, this is a really common dating trend that seemed to go undefined until now.

How many people actually do this?

In 2019 Plenty of Fish did a survey of one thousand app users aged 18-50 and revealed that over a quarter of singles have done this, and 42% know someone who has done it.

There’s no exact reason people have, besides just that “they’re hot.” However, most would agree that dating someone attractive can make you feel more attractive too. For those who are insecure, this definitely makes sense — we all could use a confidence boost every once in a while.

White clawing usually occurs in the early stages but lingers a little longer than it should. There’s a tiny sense of denial that comes with it, since those doing it don’t want to believe they are a culprit. No one wants to accept that they’re dating someone who looks great but lacks something special in the personality department. They know there’s a disconnect, but they still try to give them a chance because they aren’t ready to surrender their new boy toy.

Obviously you should never have to convince yourself to stay with someone, but that’s a huge sign of white clawing.

Some people might do it depending on their life circumstances. For example, it can be extremely common for people who feel the need to always be in a relationship. They settle with someone they aren’t entirely compatible with just to feel secure and have someone. The same can be said for someone whose been single for a long period of time, or someone who needs a plus one for a few major events coming up.

Personally, I don’t find white clawing ethical. Why waste your time and someone else’s  — and prevent you both from finding a real connection beyond physical attraction? It’s extremely unfair to the other person. I also view this trend as a prompt to sit back and reflect on what someone wants and needs in a successful relationship. It provides people a chance to really learn about their interests and dating style.

Plus, once you finally tire of dating that person, you’ll feel a huge sense of disappointment. You can only hide and deny your true feelings for so long. Furthermore, when it comes out it’ll get ugly and be really hurtful to the other person.

Is there a way to avoid white clawing someone aside from just breaking up with them? Sure. you can communicate with the other person and clearly state you want a physical relationship. That way they can decide if they wish to pursue something further, and you give them the opportunity to vocalize their needs as well. But before you even have that conversation with them though, you need to ask yourself: is a white claw going to quench my thirst or do I need something more fulfilling?

Have you been guilty of white clawing or have you been a victim of it? Let us know in the comments!
Featured Photo via Benjamin Klaver on Unsplash

I’m Begging You To Show Me That You Care