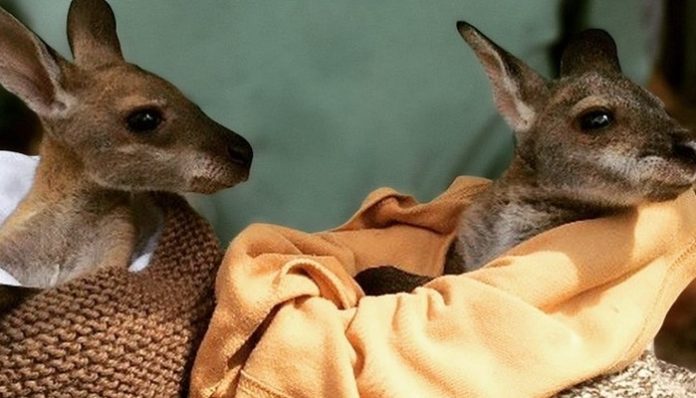 It can be really hard to process all of the news coming out of Australia.

The fires have destroyed 18 million acres of land. Additionally, a billion animals have currently died in the wildfires. Most of the animals haven’t died in the actual fires, though. They die in the aftermath, so there’s a significant need for animal care in Australia right now. Animal activists are rescuing tens of thousands of animals, which has inspired one woman to contribute to the rescue effort in a unique way.

Morgan Leigh said, “Literally so consumed by [the wildfires that] I can’t sleep.”

Thus, she thought about how she could help save the animals and came up with a creative idea. Leigh has been working hard to knit koala mittens, blankets, bat wraps, bird nests and joey pouches. She also asked her friends and family to donate materials. However she can’t rescue these animals alone, so she’s recruiting people from around the world to help out.

Morgan Leigh started Rescue Craft Co., a Facebook group and Instagram page with over 58,000 members from around the world. There, people can not only find detailed patterns for rescue supplies, but they can also discover tips from “rescue crafters.” After the crafters finish their blankets and mittens, they donate them to Australian rescue shelters. The group has been so successful that shelters no longer need koala mittens or joey pouches.

Even if you can’t knit, you can still get involved in the rescue group.

They need donations of supplies like flannel sheets and natural fiber yarn. Donations can either be shipped to Australia or dropped off at a US site.

Although knitting alone will not stop the fires, Morgan Leigh’s efforts have brought so many people together and helped tons of animals, too. The fires have been devastating, but seeing the world come together to help out has been amazing.