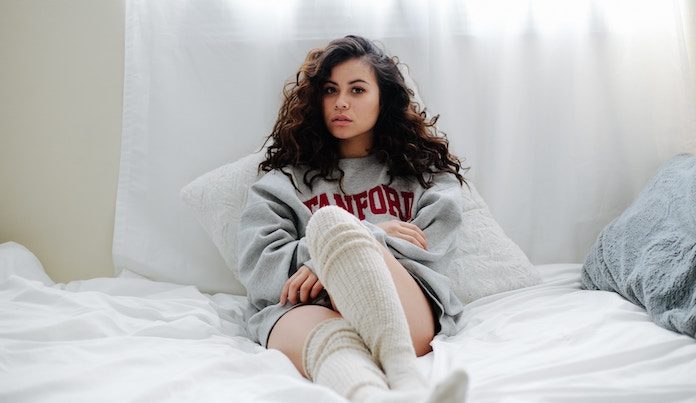 Weird smells, sounds and STIs? Luckily for you, Heather Sevcik has seen it all!

Most people think midwives just handle childbirth, but did you know that they can actually provide care for women at every stage of their life, just like an OB/GYN? According to Board Certified Nurse Midwife Heather Sevcik, midwives and gynecologists perform many of the same services. So, we asked Sevcik to nonjudgmentally answer our most burning (or possibly itching) questions surrounding our vaginas.

Nope. “We care for women at all stages of life, from puberty to post-menopause,” says Sevcik.

2. Can I go see my midwife when I have my period?

“Yes, of course,” Sevcik says. Sevcik assures us that periods don’t gross out midwives. “Unless it’s the heaviest day, most tests can still be done when you have your period. In fact, certain things — like getting an IUD inserted — are actually better to do when you’re on your period.”

3. What if I haven’t, um, groomed down there for a while? Should I shave or wax before an appointment?

“No, of course not! We’ve literally seen everything.”

4. Do all vaginas look the same? Or are they all different?

You only have to look at photographs of different vaginas to confirm what Sevcik praises as a “beautiful array” with “so much diversity.”

5. What if I’ve had kids? Does my vagina look weird?

Women who worry that their vagina is screaming out, “Look at me! I’m all stretched out and weird after giving birth!” can now relax. “It may not look the same to you after multiple kids, but I can’t look at somebody’s external genitalia and tell if someone has had a baby or not,” Sevcik explains, adding that “Everyone looks different. I can look at a cervix and tell.”

6. Will my vaginal odor or discharge bother my midwife?

Many women worry about this. However, Sevcik says, “We are used to smells as part of our job, and a woman’s smell is totally normal! Most people think they smell worse than they do. If you have had a change in smell and do think that the odor is worsening, we are here to help you.” Regarding discharge, Sevcik offers these words: “First of all, discharge is normal, because your vagina is a self-cleansing organ and it will vary at different times in your cycle. If your discharge concerns you, or has developed a foul odor, or is associated with pelvic pain, we want to see you because we can diagnose or treat what is happening. And we are never grossed out.”

7. Is my midwife judging me when I talk about my number of sexual partners, or questionable judgment calls I’ve made about partners, practicing safer sex, etc.?

Sadly, some women aren’t forthcoming about symptoms or concerns at their appointments because they’re afraid of what their provider will think, but Sevcik urges patients to open up. “We’ve heard it all,” she says.

8. How can I tell when I’m ovulating?

There are different ways to track your fertility, such as ovulation kits you can buy over the counter, or using an app. But you can also track it on your own: “One of the best signs to watch for is your discharge — when you’re ovulating, it gets very slippery, like egg whites,” advises Sevcik. “That’s considered fertile mucus. Some women feel a little one sided pain or ache on the days they’re ovulating. Other people take their temperature every day, which isn’t so much a way to tell when you’re ovulating as when you’re not ovulating. Tracking all of these things over the course of a few months helps you narrow the window.”

9. Should I ask my midwife about pain during sex, painful periods, and/or difficulty having an orgasm?

“You shouldn’t suffer in silence with any of that stuff,” maintains Sevcik. “It’s what we’re here to do. Often there are non-medical, non-surgical ways that any of those issues can be treated. And sometimes, you just need more lube.”

Virtually all women worry about discussing aspects of their personal bits with doctors, but the major takeaway from this discussion with Sevcik is that midwives and OB/GYNs ultimately want to help. After all, asking a professional in person is way better than trusting Google searches or Yahoo! Answers. What questions would you like to ask a midwife or other medical professional?

Photo by Duncan Shaffer on Unsplash