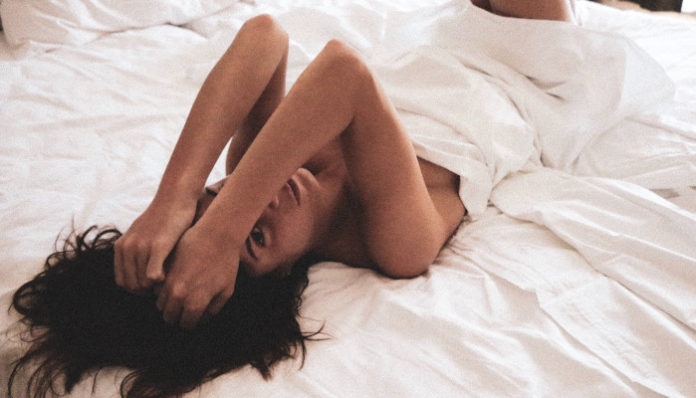 As women, we should be liberated to be sexually empowered and selfish. But the sad reality is sex is still based on men. Whether it’s doing positions he likes or how long it takes for him to orgasm, it’s all about him. But if you want to help him have a better orgasm or to orgasm faster, there are a few things that can be enjoyable for you too.

We all have our go-to positions during sex, it’s like a regular routine. But that repetitiveness doesn’t do anything for him.. Switch things up and try to do new positions you haven’t tried yet to enhance new sensations for the both of you. He’ll be blown away!

Don’t wait for him to initiate.

Silent sex is painful to endure unless you’re being sneaky. Let your moans out, be loud and sloppy during blow jobs, talk dirty when he’s hitting the right spot, and tell him what you want. Making noise shows him you’re into it and he’ll love the compliment.

Don’t demand foreplay for just you.

Sure, we all want to get eaten out or have a good make-out session. But you do need to give it to him in return. Even if you aren’t into giving head there are plenty of things to try, like; back/shoulder massage, head scratches, or neck kisses.

You should never do something you aren’t comfortable with. But immediately shutting every suggestion down makes him feel less desired. Instead, take some time to think about it and try it if you create a game plan. Or you could surprise him with that thing you’ve been toying with.

Faking it feels like a great way to speed up the process if you’re over having sex with him in the moment. He can probably tell you’re faking it, and it diminishes his confidence. I’d suggest actually trying to orgasm or just leaving it but still being super into it. He’ll appreciate that over a lie.

Don’t stop caring about your appearance.

Sure, you get comfortable and you don’t have to get done up. But from time to time you should surprise him with a fresh wax or new lingerie. Maybe even a sexy lipstick he’ll like. It just shows you care about still keeping him interested and he’ll appreciate your effort.

Ultimately it’s not hard to make a guy finish faster and stronger if you aren’t afraid to get a little vulnerable and honest. But these minimal changes in your daily sex routine will make a lasting effect (pun totally intended) and will help give him the best bang of his life.

Photo by Jan Zhukov on Unsplash

My Boyfriend Gave Me My First Orgasm And It Changed My...

Stop And Realize Your Limit With People Before You Burn Out