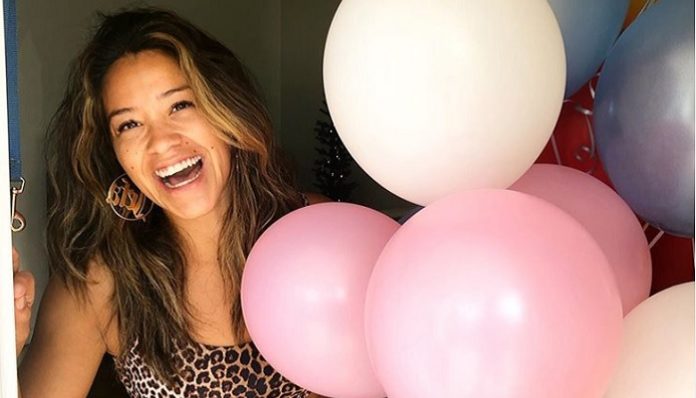 Gina Rodriguez is in hot water after posting a now-deleted video of herself rapping using the N-word. And as a result, her fans are furious.

In a video, Rodriguez sings along to the Fugees song “Ready or Not” during getting her hair and makeup done. Then, she raps the verse: “Voodoo, I can do what you do, easy / Believe me … n–gas give me heebie-jeebies”. Upon uttering the n-word, the Jane the Virgin alum smiled and laughed. However, this did not sit well with fans at all. Afterward, she issued an apology via video that seemed very half-assed and insincere. It was almost as if she was apologizing for saying it only because her fans were angry. Moreover, she used an excuse that listening to and loving certain artists allows her to use it.

Then, hours after her first apology, she released a second one via Instagram. After that, she turned off the comment section.

Despite the two apologies, no one is buying what she’s selling and everyone is very upset with the 35-year-old actress. Moreover, she’s now being labeled as “anti-black” and has #ginarodriguezisoverparty trending.

Similarly, Twitter users are beyond furious and are vocally stating their disapproval and frustrations.

Nevertheless, Twitter users have the right to be upset with the actress’s choice of words.

Likewise, others are even accusing her of doing it on purpose since this isn’t the first time she’s been accused of being racist.

Regardless, people are definitely not happy with the actress despite her issuing an apology not once, but twice.

Moreover, a lot of people are bringing up past clips and valid points supporting their argument that she is racist or not as “cool” as she seems to be.

On the flip side of the hatred she’s been receiving, it’s also opened up a conversation about being able to use this word in songs. It’s become a very common term in modern music despite being traditionally used as a derogatory term.

While some make obvious points about whether the word is acceptable to sing along, others seem to be sarcastically making fun of it.

In short, I don’t believe we should be using that word at all. Moreover, I wish others used their common sense and avoided using it altogether. Furthermore, it’s not hard not to sing it in a song – simply pause and continue after it’s done. Thus, this whole issue should be avoided.

Nevertheless, and sadly for Rodriguez, this controversial video and subsequent apology deserved the backlash it received. Especially since this was the second time this year she got caught in a racial slur scandal. The first time is usually a mistake, however the second one is intentional. Consequently, it appears that her career might be over. Guess it’s a good thing that Jane The Virgin already ended because I’m sure she would have been fired.

So what are your opinions on the scandal? Comment below!