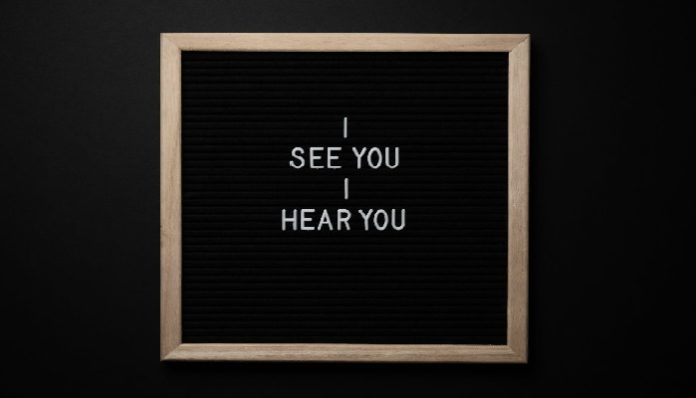 It would be outrageous to suggest that racism isn’t still a huge issue in our society. It is reinforced in our institutions, our systems, and our social interaction. We can analyze the dynamics of race in many ways, but for today; we are going to discuss this from a point of privilege: whiteness.

I am white, and if you’re reading and you’re white too, then hopefully you’re visiting this page to learn how to stop perpetuating racist social interaction. Of course no one is perfect, and everyone is in a different stage of their learning process, but the key is that you’re open to learning and moving forward. I aim to unpack the ways in which racial micro-aggressions are harmful and why white folks need to stop engaging in them; immediately. It is our responsibility not only to acknowledge our privilege, but mobilize it to affect change.

There simply isn’t an easier way to cast someone as “other” or “outside” than by insinuating they don’t belong or that they must have come from somewhere else. Such a well-intended statement can still come off as rude. Look around, we live in a multicultural society, assuming someone isn’t “from” here because of their skin color is pretty f*cked. Curiosity is cool, and learning about people can be really interesting, but this is so not the way to go about it. Fellow white people, stop this.

Oh you don’t? That’s interesting. How humanist of you, how nice that you as a person of privilege get to completely disregard the concept and consequences of being racialized. Expressing your “colorblindness” is actually super f*cking racist. While you go on your delusional way where race isn’t an issue so there’s no need to pay attention to the “distinctions of shade or color,” racialized folks are facing very real and harsh realities because this fact. You’re contributing to the problem; not helping.

Indian, Black, Asian, the list goes on. While you might mean this as a compliment, it’s actually a huge insult. How nice of you to impose your ideals of beauty on someone else. We can all agree that our standards of beauty and ideologies of femininity have racist roots based on colonialism and violence. Our society still attributes positive attributes to “whiteness” and negative attributes to “non-white.” This ideology suggests that whatever is closer to the white proximity; is inherently better. What you’re basically saying is “You’re not quite there but nice try.” Were you expecting a “thank you” to follow that? Think again.

The term exotic literally means “from a distant foreign country.” Similar to the “where are you from?” question, using the term exotic to describe a person is basically another way to say they aren’t “from here.” This can also leads to romanticizing or tokenizing. Don’t romanticize another culture. White folks need to stop using their own problematic stereotypes and stop imposing them onto others. Not cool.

A perfect segway into the concept of “tokenizing” people based on the color of their skin. This can happen in many ways. One for instance, is including a “token” person of color to create an idea or illusion of diversity or social inclusivity. Also, why do white people think that one person represents or speaks for an entire culture or group of people. It assumes that they are “all alike” and completely disregards any diversity within this community. Ignorant.

Chinese, Palestinian, Colombian, etc. Oh, is there a certain way that Colombian women are supposed to act? Well, of course you believe so, or you wouldn’t feel the need to point out the perceived “anomaly.” This reinforces stereotypes about groups of people and is incredibly offensive. People tend to not like blanket statements because they are closed off, rigid, and problematic. Even worse than saying “you don’t look or act racialized” is using this as a compliment. By saying things like “you’re Asian but you act so white,” as a compliment is further perpetuating the idea that whiteness is good, and anything outside this periphery is inherently bad. Stop it.

Compliment? I don’t think so. Let us not forget that English-speaking nations (ie. White supremacists) have a dark history of colonialism, violence and genocide. Let us not forget all the attempts to “assimilate,” “civilize,” or “better” certain groups of people by forcing the European culture and English language upon them; thus pushing them closer to this white proximity. To compliment their ability to speak English is harmful, when it has been the force of destruction for so many people. Whether it’s hiding their accent, relaxing their hair, or lightening their skin; complimenting their “attempt” at whiteness is to in turn to condemn people of color. Why are POC only celebrated in relation to whiteness? This needs to stop.

Well, sometimes people think they are “celebrating” different cultures, but let’s be real; it’s appropriating. There is a power dynamic at play that needs to be addressed. White people, don’t you prance around in a headdress and tell us you’re appreciating their culture. GTFO. You’re stripping an entire culture down into what you find trendy, fashionable or beneficial to you; and disregarding the rest. That’s not celebrating. It’s a mockery, and it’s hurtful to those who belong the culture you are parading for your own agenda. You don’t have the live with the consequences of being racialized. This is not your culture; stop.

If some of these items discussed seem surprising to you, then you have the privilege of not having to endure these types of racial micro-aggressions. It’s also important to note that while racialized individuals face these types of stigma or stereotypes, oppression is intersectional. This means all types of marginalization are connected (race, gender, ability, class, age, religion, sexual orientation, etc.). For instance, a woman of color not only endures racial micro-aggressions, but also endures patronizing remarks because of her gender. I think we can all agree that this isn’t right, and this behavior needs to be corrected. The main takeaway from this article is that there isn’t a certain way for a person to behave or look based on their gender, race, ability, age, religion, sexual orientation, etc. Categories may be “social in origin,” they can be restricting and incredibly destructive. Identities are fluid, emergent, dynamic, and beautiful; and all should be celebrated rather than scrutinized. I hope this article can help you challenge the way social inequality is embedded in our social interaction.

Note: This article does not aim to speak for people of color, rather, I hope to facilitate a discussion around racial issues among privileged groups.