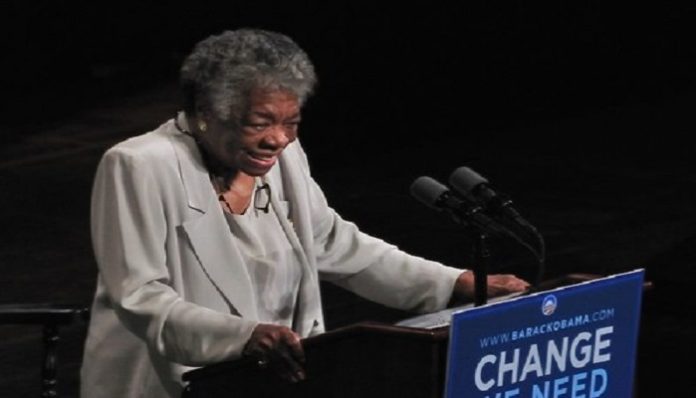 Yesterday, U.S. Treasury Secretary Jack Lew reveled there is to be a new, redesigned $10 bill in 2020. The kicker? In honor of the 100th anniversary of the 19th Amendment, this redesign will feature a woman. Yep, that’s right. For the first time since 1896, a woman will be featured on United States Paper currency. So, who will it be??

These are my humble suggestions, and some may not be the exact list congress has in mind. Nonetheless, some of them are most certainly relevant and revolutionary for this generation.

There’s a chance some of these are meant to be a joke. Take it as you will.

Everything about Tina Fey embodies an awesome woman. No matter how you’re feeling, there’s a Tina Fey quote to make you feel better. From her stance on positive body image to simply being yourself, to the fact that she is just plain funny, there is no denying this is a woman to admire.

Aside from the fact that having Hermione on the $10 bill would make my wildest Harry Potter nerd dreams come true, Emma Watson is pretty awesome in her own right. So she’s actually British, so what? A champion of education, gender equality (for both men and women), and hard work, at the ripe old age of 25 Emma has already proved herself to be a strong woman demanding of your respect.

A woman who dedicated her life to woman’s suffrage. Best known for her work to earn women the right to vote, Anthony also championed for equal pay and educational opportunities for women, and was also an outspoken abolitionist. What’s not to absolutely love about her? Oh, that’s right. Nothing.

Amy Poehler rocks my socks. Why? Because she is unapologetically herself, she encourages women to stand up for themselves, has no fear of looking silly, and makes me believe in taking risks when you might be afraid. Plus, I freaking love Leslie Knope, and they’re basically the same person (don’t bust my bubble, okay). So we can all agree Amy would be a fabulous addition to our currency? Great.

Roosevelt served the Red Cross in World War 1, holds the title for longest-serving first lady in history, and later became UN Human Rights Commissioner. Known and respected for bringing the role of the First Lady out of the political background, Eleanor Roosevelt is without question one to be admired. I, for one, would be more than happy to see her on my $10 bill.

You can hate, hate, hate me for this one but lets actually think about it for a second. Taylor Swift is undoubtedly one too look up to. Do you ever feel self-conscious about dancing in public? Taylor doesn’t. Feel like you should apologize for wanting to spend time in with your cats? Taylor doesn’t. Let other people’s opinions affect you? Taylor doesn’t. Go shake, shake, shake your wallet full of T-Swift $10 bills and be proud because Taylor rocks.

With the publication of The Feminine Mystique in 1963, Betty became a revolutionary and outspoken member of the feminist movement. A founding member of the National Organization for Women, and its first president, she fought to change the perception of women and their roles in society. In 1969 she also founded the National Association for the Repeal of Abortion Laws (now known as NARAL Pro-Choice America), as part of her fight for the right to choice. She also helped found the National Women’s Political Caucus in 1971 along with Gloria Steinem and Bella Abzug.

All three of these organizations are still running today. Betty’s image on a $10 bill would be another step in the process she began so many years ago.

“I am a Woman, Phenomenally. Phenomenal Woman, that’s me.”

I’d say that about sums it up. There is obviously much, much more to this extraordinary woman, but this is an accurate summation. One who refused to be defeated, Maya Angelou was a shinning light in our world. Although she sadly passed away last year, her words and legacy will live on.

How great would it be to see Queen B every time you found yourself in possession of a $10 bill? Pretty f’ing great, that’s how. From the Destiny’s Child days to that time she broke the internet (take that, Kim K) with her surprise iTunes release, Beyonce can do no wrong. With a list of Grammys that just keeps getting longer every year, a perfect family, and the ability to look perfect in basically every situation, the only logical next step is to immortalize Bey on the $10 bill.

First things first, I’m aware that this could never really happen. We all saw what happened after the courage award, so it’s a fair assumption that the entire country would probably break out in riot in this case. Nonetheless, Caitlyn embodies the courage, freedom, and idea of possibility that encompass the American Dream.

Featured image via “Maya Angelou” by Rusty Darbonne / CC BY 2.0