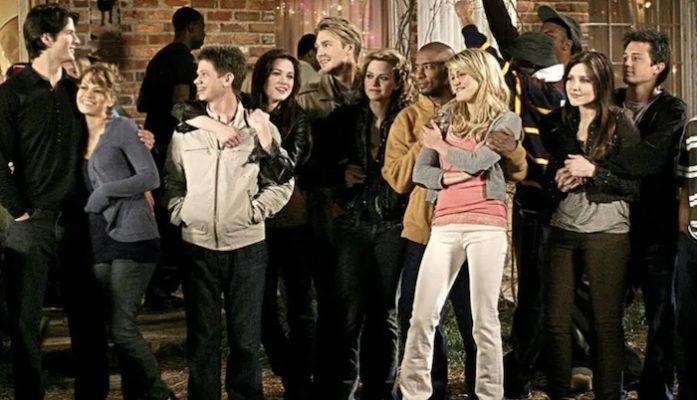 One Tree Hill was one show that captivated the hearts of millions of teenagers and young adults around the world during its run from 2003-2012. As a generation, we could relate to their struggles of high school and young adulthood, and found glimpses of ourselves in every character. Consequently, We were undeniably sad when it came to an end (and even more devastated when they took it off of Netflix).

But what is the cast of One Tree Hill up to since the show ended?

If you didn’t have a crush on Lucas Scott, you are lying to yourself. Our heartthrob has had quite the acting credits number since his departure from the show. To be specific, they include roles in Agent Carter and Sun Records, among others. He’s also written two books, gotten married, and had two children. Recently, he’s taken on the role of Edgar Evernever on CW’s Riverdale and spends his time creating OTH memorabilia for charity.

Nathan Scott had quite the transformation throughout the series. But in real life, he’s still very involved in film and television. Aside from acting in shows such as Underground, Lafferty has focused on directing. He’s directed episodes for shows such as The Royals for three seasons and is also writing and producing for many others. Most recently he and fellow OTH alum Stephen Colletti are producing, directing and starring in an upcoming TV movie titled Everyone Is Doing Great.

Peyton Sawyer always seemed so confused about life. But Burton, unlike her character, has been embracing it since the series finale. She has done numerous films and TV appearances such as in the movie Extant and the series Lethal Weapon. She’s also been romantically involved with The Walking Dead actor Jeffrey Dean Morgan (who they share a 17-year age gap) and have two kids together. Oh, and I hoped you liked that mini-reunion between her and Jake (we all shipped that showmance).

Brooke Davis was always one to have her hands in as many projects as possible and so does Sophia Bush. In 2018 alone she appeared in Acts of Violence, Alex, Inc., Incredibles 2, and wrapped shooting Chicago P.D. Aside from her acting career, she’s a huge activist for women’s rights, environmental issues, and LGBTQ+ rights. If you don’t follow her on Instagram, you should, because her positive energy is infectious.

Much like her character, Hayley James Scott, music is still the center of Lenz’s world. She has starred in everything from musicals to movies and on-stage productions. Moreover, she is a proud single mom to her daughter Maria after a divorce from her husband of seven years back in 2012. She’s currently starring as the main role on the Suits spinoff series Pearson. Oh, and she now goes by just “Joy Lenz.”

Who didn’t love Mouth!? But what some might not know is that Lee Norris got his start as Minkus on Boy Meets World (no it wasn’t Chanel on Ridiculousness). Furthermore, from 2014-2017 he reprised his role on Girl Meets World and has landed minor roles on The Walking Dead and Gone Girl.

Obviously, the cast of One Tree Hill is still close. Moreover, they are often seen reuniting for mini pow wows when crossing paths or attending joint events at places like Comic-Con and charity fundraisers. However, it’s nice to see that the bond they shared as teenagers has continued well into their adult lives. Who knows, maybe in a few years we’ll be watching a One Tree Hill reboot? Either way, I’m here for it.

Feature image via The CW One Tree Hill