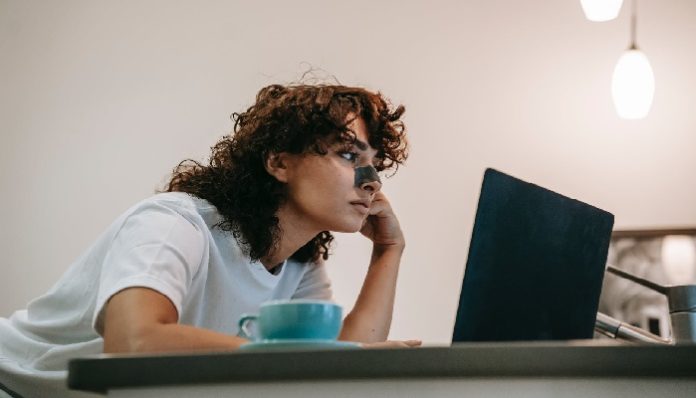 So, you’ve clicked on this article just to learn what the word is, right? Well, I’m just here to bring some awareness to this small thing women do every day. I don’t want to take up too much of your time, it’s just about a 3 minute read. It’s a thought that has gone through my head and I just thought that you might want to realize it now, since it might affect more than just these next 3 minutes of your time.

Now you might not have realized that in those first few sentences, I could have absolutely damaged my credibility as a writer and as someone who should be heard. I used the word “just” several times. In turn, I was justifying my reason for writing to you and justifying the time it will take you to read this article, and I’ve given you a reason to evaluate and question whether I should be heard at all.

LinkedIn Influencer, Ellen Petry Leanse, originally posted her article speculating the word just on the LinkedIn platform and it stuck with me for weeks. After doing her own little social experiment using both Male and Female coworkers, she tallied how often each individual said the word “just” in a professional presentation. The average female said it 5-6 times, while the average male said it once.

Now I want you to think about your own conversations in the workplace, or at school, and how many times the word “just” leaves your lips…

“I just wanted to let you know…”

“I just wanted to make sure you had… “

“I just was checking in on…”

This consumed my brain for the next few days. I reviewed my e-mails, caught myself saying it at work, and caught myself saying it in most conversations I had with others. It surprised me that a word I barely even noticed before, seemed to be said so much more often by myself, a female, rather than the males around me. My observation was heightened and my awareness was tenfold. I started to ask myself why I feel the need to rationalize my purpose by using the word just?

What does it really mean to add the word “just”?

It started to make me realize that it was almost as if I was asking permission, using it as somewhat of an apology for bothering someone, or using it in order to explain myself. It was interesting to me that if this was my purpose for using this “j” word so often, that men obviously must not feel the same inclination to ask permission, to justify interrupting anyone, or to explain themselves when they need something.

As a feminist and an advocate for women asserting themselves in the workplace, I was astonished that I was letting a subconscious slip of the tongue take away my credibility and bring uncertainty to each of my sentences, rather than strength. Every sentence that I attempted to re-word without using the word just was easy to do and in fact, made the statement stronger and more assertive.

Although still polite and professional, I was changing the way I asserted myself. It added clarity to my needs, demanded attention versus asking for permission, and defined myself as someone who needed to be heard, not an individual who “would just like to be heard”.
On that note, I challenge us women to take a look at how we are expressing ourselves and how we are choosing to communicate our needs. Maybe the word “just” is your safe word, maybe it’s a word you ignored until now, or maybe it’s a word you really DGAF about. Regardless, let’s take a look at how we are communicating and asserting ourselves in the workforce. You (just) might not realize how much of a difference it makes.