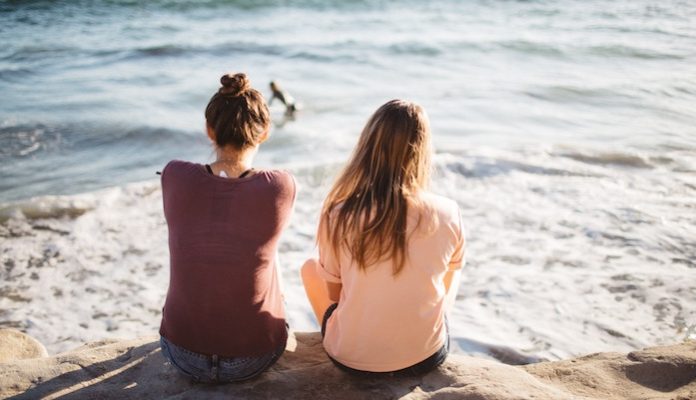 You are sitting in a café with a close friend.

“Jim and I are going to divorce,” she says, all of a sudden. It’s like a kick in the head, huh? You understand that you need to say something, and you start fussing over the right words to say to support her. Yes, it’s stressful to talk about divorce. Even though you’re trying to encourage your friend, you may inadvertently hurt her. Here are five phrases to avoid when talking to divorcées.

Divorce doesn’t “happen” in a snap. It’s a long process, and it often follows hidden, unfathomable mechanisms. Sometimes, ex-couples can’t find viable explanations for the reasons leading them to divorce.

So when your friend says she decides to get divorced, she’s just stating a fact.

You should understand that her words “We are going to divorce” are not the invitation to discuss. Chances are, she doesn’t want to dwell on a sore subject. Or, she can’t explain why she and her ex-partner divorced. Or, the wound still rankles, and your friend is afraid of bursting into tears once she starts talking about it.

And yet, she may want to discuss the problem. What you need to do is give her options. Have a light hand.

What to say instead: “I am here to listen if you want to talk about it.”

“Are you sure you wanna do that?”

No, she’s not sure. Or, she is certain about the divorce right now but will doubt tomorrow. Sometimes, the doubts about divorce are so powerful that couples decide to come together again to question if they’ve made the right choice.

Why not ask this?

It does nothing but strengthens your close friend’s doubts. Her mind is filled with many questions now: Is there a chance to save her marriage, what to do next, what was the “mistake,” and so on. It’s a painful process, and your question will confuse her.

What to say instead: “I trust your decision.” or “I am sure you’ll make a right decision.”

“But, you were such a wonderful couple!”

People who say this are those who have strong feelings. The closer you and your friend are, the more changes in her life may hurt you. Maybe, for you, her marriage was a primary example of a perfect relationship? Then, her divorce makes you stumble at own perception: “How could I be so wrong?”

Or, you start worrying about own marriage: “We took the lead from this couple, but they’ve broken up. Does it mean we’ll divorce soon, too?” No, it doesn’t. Strong points of your friend’s marriage were the reasons they stayed together, not the reasons they decided to divorce.

What to say instead: “I feel sad to hear that.”

Depreciation doesn’t equal support, even if your friend is mad at her ex-husband, and he deserves it. When they’re breaking up, a couple experiences a wide range of emotions that are often much wider than they can describe. Nostalgia, sorrow, pain, and even despair can follow unhappy marriages, so you need to be careful when “joining” a divorcée’s relief or anger.

You can say something like, “You know, I felt awful when he abused you in front of everyone. I found it unacceptable.” Don’t criticize her ex too emotionally, even if you considered him a holy terror.

What to say instead: “Some of his deeds confused me.”

“Have you met another guy?”

What do you want to know by asking that? Whether she gets a divorce because she (or he) played around? Cheating is always a two-edged weapon, no matter in love, work, or study. But even if done, it couldn’t be the cause, but rather, the effect of the processes leading to a breakup.

If you are close enough to your friend, you’ll know all the details soon. But as for now, keep your curiosity to yourself.

What to say instead: “I’m sure you’ll meet a nice guy when the time comes.”

Let your friend know she’s not alone, that you understand her feelings, and that you are here to support her. Listen to her, ask if she needs help, and show interest in her emotions, but don’t cross the line. Words are a powerful weapon; able to hurt as well as heal, so choose them wisely to send the message “I hear and understand you, and I am ready to ride out the storm together with you.”

Photo by Joshua Sazon on Unsplash