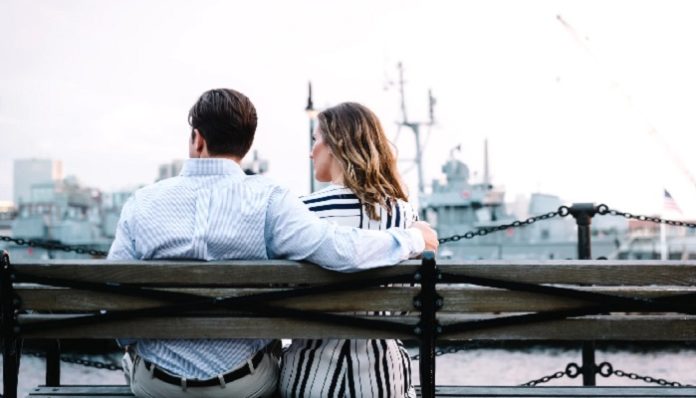 My regular readers might wonder why I keep reading The Guardian if their advice columns confound me so much. I…. shall get back to you on that, as soon as I figure it out for myself. Maybe it’s because I like a lot of the other columnists? Or maybe because Kim Joy’s recipes make me want to pick up a piping bag again? Or maybe, just maybe, I want to offer another point of view to letter writers who are constantly being short-changed in my honest opinion. Especially, when it comes to abusive relationships.

Anyway, onto what ticked me off this time: A lady writes about her abusive ex infiltrating her friend group again.

Her life has become miserable. She and her fiancé are being excluded, and her friends and sister are no help, making her feel like she’s the one to blame. The advice columnist gives the letter writer a pat on the head, before going #notallmen and sternly reminding her not to brandish words like “abuse” around willy-nilly. Apparently, the fact that the creep wasn’t prosecuted by the police and her willingness to engage with him for the sake of group cohesion is evidence that the letter writer is exaggerating the extent of his abuse.

The police cannot be relied on to even record cases of sexual assault properly. So I am not at all surprised that the letter writer didn’t want to press charges in this case. When even the most egregious examples of rape turn into a trial about the victim’s character, what sort of hope do victims of emotional abuse have at being heard?

So, no. Failure to prosecute an abusive person does not necessarily mean that there was no crime. Or that the guy isn’t a shitty person.

I feel like this shouldn’t have to be said, but it’s the sort of internalized victim-blaming that a lot of people take in the wake of an abusive relationship. The feeling like you should have known. That it’s your fault for not calling the cops. That you’re the one who allows them in your life, again and again. Even if my platform is smaller, it’s worth saying: That’s bullshit!

And, dear Letter Writer, your social circle can do more to protect you from this abusive situation.

I am with Mariella on this one though. If your sister and her assorted friends have refused to take your side so far, it means that the chance of changing their minds overnight is slim to none. That sucks, but it makes what you need to do that much easier.

Cut them out of your life. Hang out with your sister, or your sister and brother-in-law, but stop going to group hangouts. Decline the invitations and spend time fostering the one-to-one relationships (and unrelated social groups) that don’t bring stress to your life.

And if someone asks why you’re not coming to game night or whatever, let us both borrow a page from Captain Awkward: I asked you repeatedly not to invite me to group hangouts with Abuser. I’m tired of dealing with his shit, and I’m not putting myself and my fiancé through this anymore. I’d love to grab a coffee with you but right now group hangouts are not worth the stress I have to go through. Thanks for understanding.

Are people gonna be prissy? Probably. Are they going to say you’re difficult? Sorry to say, they’re doing this already. Will someone take issue with you saying that game night is “not worth it”? Well, they’re treating your comfort as negotiable by inviting your abuser along, so yeah – that makes such a game night “not fucking worth it”.

There will be people who say: Rejecting game night is a rejection of ME, screw your coffee, you’re canceled. But I’m going to tell you a secret – these people were going to cancel you anyway. They canceled you when they put your abuser’s right to entertainment above your wishes and comfort.

If you have true friends in that group, they’ll take the hint and start spending time with you.

But as long as you suck it up for the sake of group cohesion, these people have shown they will not take initiative themselves and expel your abuser from their midst.

Got a question? Or a bad advice column you want us to debunk? Send us your burning queries here.