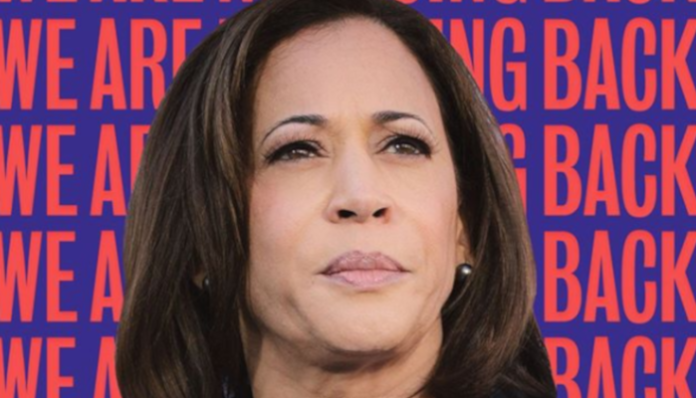 It’s not an easy Presidential race, y’all (and it arguably never was).

In more optimistic moments, the liberal media may convince us that a Democratic presidency is a done deal for 2020. However, let’s be real: That was never going to happen. As usual, conservative outlets would scrutinize candidates, examine their records under a microscope, and bring Democratic candidates’ missteps to light.

“That little girl was me” is a clever quote and was an excellent response in the debates. Plus, it drew attention to Biden’s semi-blemished record. That Kamala Harris’ campaign put it on a T-shirt and monetized it isn’t surprising.  Harris’ catchphrase resonates with a majority of her potential voters.

Even more so, “That little girl was me” speaks to a key tenet of the American dream: No matter who you are and what life throws your way, you can overcome your struggles and rise to the top.

For me, Harris’ merch controversy speaks to a fundamental problem that our culture has with women, money, and intellectual property: People just don’t like when these three things mix.

Kamala Harris’ political campaign isn’t just a whim; it’s her job. If Harris weren’t running for president, she’d be sitting in a call center soliciting donations so that she could make contributions to her party on time. Like the CEOs, Silicon Valley dreamers, and artists who monetize their intellectual property, Harris is finding a way to make that coin in order to do her job.

We just complained that our senators only hit up big donors and never speak to their constituents. So, why act insulted by the idea of a presidential candidate selling a $32.99 T-shirt to her constituents? John Oliver’s take makes it sound like our senators are no longer accessible because they spend so long fundraising. But somehow, when the very same senators offer their constituents a way to get involved in their campaigns, that’s no longer fine?

Is the backlash to Harris’ T-shirts really about the merch? Or, is it because a woman of color is doing exactly what her male counterparts have done for ages?

At the end of the day, Kamala Harris is facing the same issues all creatives face: Without some serious backing, she has to monetize her intellectual property to get ahead. Clearly, though, people don’t mind dropping at least $100 on a fast fashion haul. Yet, for some reason, we can’t support female candidates or getting politically involved.

Our cultural response is the problem – not Harris’ T-shirt.

If the idea of paying for intellectual property (and clothes) insults you, stop complaining and change your perspective. Rethink your own privilege and expectations. Ask yourself if a T-shirt with a catchy slogan insult you this much if a White, male candidate’s campaign made it. And, ideally, get some people in Congress who will ensure equality for everyone, regardless of race or gender.

Why You Need To Stop Letting The Voice In Your Head...