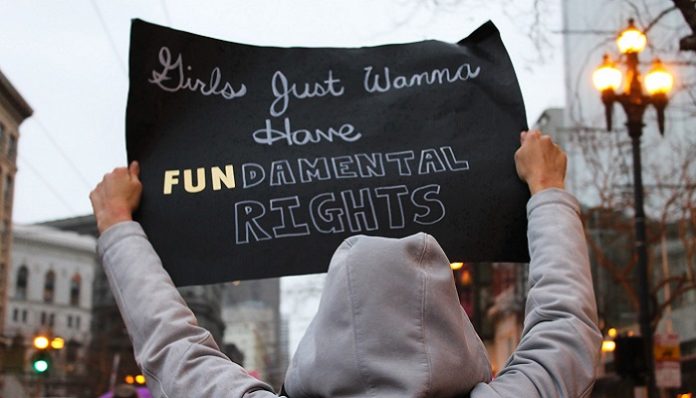 The discussion about abortions and women’s reproductive rights is ever-present in today’s political climate. Many people focus on the Alabama abortion ban that was passed recently, However, far fewer people analyze women’s rights around the world.

In Europe, for instance, 85% of women have admitted to using some form of birth control in their lives. The most common ones women use are the pill and condoms, which are also the most accessible.

Family planning and parenthood clinics have become prominent throughout Europe, and there are no taboos regarding sexual intercourse. This isn’t to say that unwanted or teenage pregnancies never occur, but the government and EU work hard to protect women who may encounter those situations.

Many European countries have legalized abortion, and some even provide them as part of medical insurance. These countries have strong reproductive policies.

Inversely, women’s reproductive rights are far worse in Latin America. The whole continent has harsh anti-abortion laws and no plans to reverse them. However, one Latin American country recently stepped out of the shadows. In 2017, Chile started allowing abortions in the cases of mother endangerment, fetal inviability, and rape. Unfortunately, no other Latin American countries have followed in Chile’s footsteps. It’s worrying, especially considering that it sends young girls the message that their lives don’t matter and in fact belong to the government.

Furthermore, over one million Latin American adolescents incur pregnancies each year. This on its own should motivate these governments to establish reproductive policies that protect young girls and give them access to contraception.

African women have it the worst by far, though. Women living on this developing continent barely have access to contraceptives. This causes many unintended pregnancies – and not just in adolescent girls. Abortion is also illegal on the continent, so many women attempt their own terminations or access abortions illegally. Consequently, 22% of African women die as a  result of these procedures.

A lack of legal, accessible contraceptives also contributes to rising numbers of HIV-infected citizens worldwide. This, in turn, causes many women and men to die prematurely. With proper healthcare and more laws permitting contraceptives, these deaths could easily be prevented.

Women in countries where abortions are legal live healthier and safer lives. They know they are protected and don’t have to turn to illegal sources in order to find what they need. Easy access to contraceptives eliminates the risk of catching STDs and teen pregnancies, which is something that only benefits the society as a whole.

Even though some countries have stronger family planning systems in place than others, there’s still plenty to change across the board. The most important thing to remember is that no one should make decisions about women’s bodies without their consent. Women’s reproductive rights should be a universal priority, regardless of religion, ethnicity, or nationality. We should all work towards bettering our world and making sure that all women have the same privileges that we take for granted.

Feature image via Lucia on Unsplash

The 4 Types Of Intimacy Every Couple Has In A GOOD...

5 Places You Must Visit Before Turning 30