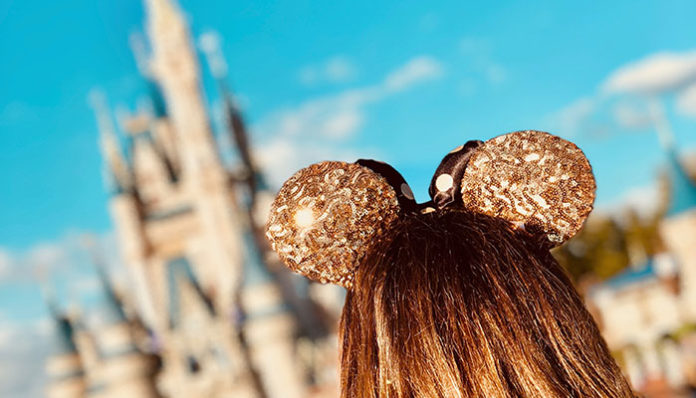 From killing the paper industry to the droves of avocado toast, I didn’t think millennials could be accused of ruining anything else. Clearly, I was terribly, terribly wrong.

One mother took her recent wrath out on childless millennials after a family trip to Disney World. Twitter user @JenKatWrites shares a Facebook post in which a mom goes into an incensed (and grammatically incorrect) rant regarding her child, a pretzel, and a young woman.

The unknown user told her son that they would grab a treat later due to the long lines. This information allegedly sparked tears for the three year old and inspired the tirade against childless millennials.

“[Disney World] is for children! People without children need to be banned! Mothers with children should be allowed to skip all the line!”

My inquiring mind wonders why mothers need to skip the lines if you ban the childless. Wouldn’t one or the other work just fine? But maybe that’s my silly millennial logic at work.

She then continues attacking millennials as if she’s not even close to our age. “[T]hese immature millennials throw away their money on useless crap!” So, it’s useless for someone else to visit Disney World, but not you? I’m lost, lady.

Rounding out this great American novel is the last part of her post: “YOU HAVE NO FUCKING IDEA WHAT ITS LIKE TO HAVE TO STAND IN LINE FOR 3 HOURS WITH A CRANKY TIRED EXHAUSTED TODDLER!!!!! … I fucking hate childless women with a burning passion!!!!”

I have just a few things to say to this Disney World mother as a mom and a millennial to this woman.

For starters, it’s never OK to call a woman a tramp, cunt, bitch, or slut no matter what she’s doing or wearing. Your child will learn patience and how to regulate their emotions from you, so set a better example. In fact, that whole event provided the perfect opportunity to express validation and concern for your child while also showing them how to positively cope with unpleasant experiences.

Next, as an “immature millennial” who’s thrown her money away on useless crap, what I do with my money is my business. Sorry, but you don’t dictate where I go or what I spend my paycheck on, lady. Just be happy we’re stimulating the economy in some way, not killing another industry with our introverted, broke ways. So many millennials barely get by, so making it to Disney World should be a cause for celebration, not agony.

Also, if going to Disney World is so awful with your three-year-old, then why the heck are you there? It’s not this other woman’s fault you thought taking your toddler to Disney wouldn’t turn out awful.

Finally, instead describing the joy and happiness of taking your child to Disney World, you dive into your own pity party with a tirade revolving around how much you hate childless women. Some women choose not to have children, some women are infertile, some women adopt, and some choose to become mothers. Why are any of those choices better or worse than others? How would you feel if you couldn’t have a child, then someone yelled at you for trying to soak in any happiness that you could because you don’t have children? You don’t know that woman’s backstory, so don’t judge a book based on its cover.

Millennials love Disney, that’s a fact. Our generation loves nostalgia for our childhood. You’re getting lots of reboots and live-action versions of movies that were popular in our youth thanks to us. So, if someone who’s a kid at heart wants a Mickey pretzel, let them have the damn Mickey pretzel and wait your turn. I’m sure there is more than enough pretzel dough to go around at Disney World.

So, let’s practice patience and kindness instead of anger and hatred. After all, isn’t Disney World the happiest place on Earth?

Forget Prince Charming: Why All Girls Are Searching For The Wrong...