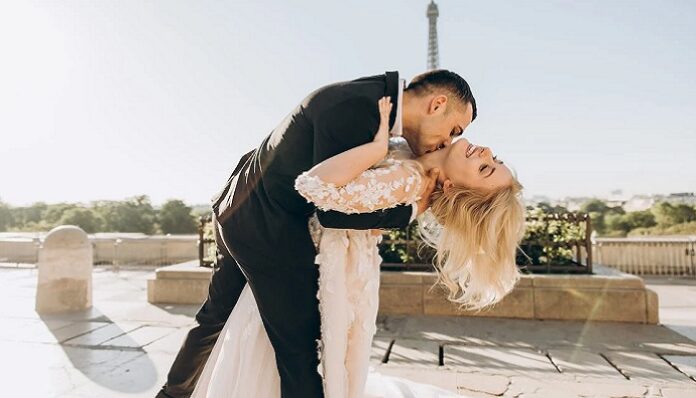 I worked the day shift as a “dancer” in a high-class gentlemen’s club downtown. The daytime girls were different than the nighttime girls; we weren’t there for the drunken buddies, bikers, or creepy wandering perverts. We were the girls next door, America’s sweethearts — classy and sassy but well-behaved. All sorts of men came through the door during the day. There were locals, lobbyists, politicians, attorneys, out-of-towners, and businessmen who wrote off seeing a stripper as a business expense.

One Friday shift, a group of about twenty men came in and asked a few of us to work a bachelor party later that night. The guys were absolute sweethearts, total gentlemen, and great fun. I knew I’d be safe and could work with dignity and not be expected to do any more than show up and stand on a table while putting on my show.

One of the men at the bachelor party turned out to be absolutely charming, and we got to know each other very well. I asked him about his marriage, and he told me he was on his second. He said he wasn’t sure if marrying the second time was a good idea, but his wife had given him an ultimatum.

He had hoped getting married would make their problems go away. But four years later, that hadn’t proved true, and they were in the midst of a divorce.

I had a crush on him immediately.

Every time he came in, I tried to find an excuse to spend time with him, but he was completely oblivious. I found it hilarious that he could be so obtuse. So, my fellow stripper friends and I plotted behind his back, trying to find ways to get him alone with me.

I finally managed to successfully trap him in the guest bathroom right after midnight when the music and moonlight had done their work. And the rest, as they say, is history.

I stayed at the club for almost another year while we were dating before I quit the profession entirely. His friends, who still frequented the club a few times a week, couldn’t have been more gracious and charming about it; after all, I was still their favorite stripper! (Plus, my future husband wasn’t a man you’d want to get into a bar brawl with, so they never said a rude or unkind word to me.)

We made it all the way to the altar with dignity, good wishes, and grace. And I’m proud to say that I’ve been his wife for the last thirty years, and we share five wonderful children together.

And someday, who knows, we might tell them how we met.

How To Enjoy Your Weekends Even When You Feel Lonely