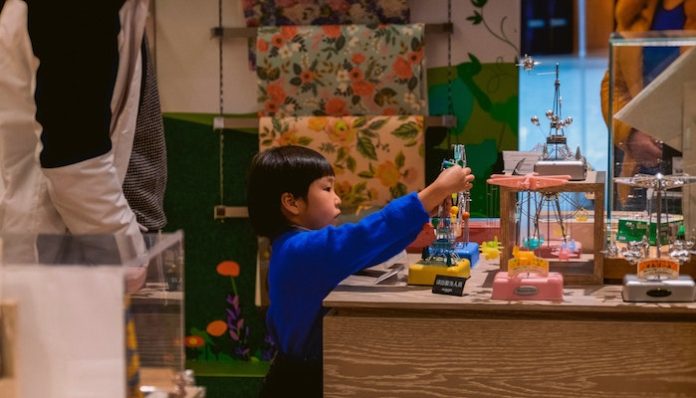 Have you cried over Toys R Us closing since they liquidated last March? Do you drive by the old stores and reminisce over the lost days of your childhood? Have you struggled to find a new place to buy the same well-loved items without any luck?

Well, fear not, Toys R Us Kids: Our favorite store now plans to return from the dead!

Back in January, Tru Kids Incorporated quietly adopted Toys R Us and Babies R Us. Former Toys R Us executive, Richard Barry, now serves as CEO of Tru Kids. Barry feels excited about bringing back Geoffrey and the gang in a new way. “We have a once-in-a-lifetime opportunity to write the next chapter of Toys R Us by launching a newly imagined omnichannel retail experience for our beloved brands here in the US,” Barry shared.

According to Bloomberg, Toys R Us plans to launch a new e-commerce site and several United States retail stores later this year. Initial plans include smaller retail storefronts with play areas and other experiential opportunities for children and their families. Rumors also speculate that the company may operate in a slightly different manner where toy manufacturers maintain ownership of the items, and Toys R Us doesn’t pay until the item sells. These smaller spaces and a consignment model could initially help the toy retailer keep overhead costs down.

However, many still doubt if Toys R Us can ever make a true comeback.

Barry claims that there is still a significant gap left in the wake of Toys R Us liquidation last year. Before closing its doors, the toy retailer generated close to $7 billion in annual retail sales. However, Walmart, Target, and Amazon all stepped up their game last holiday season, proving that large toy retailers can’t stand a chance. Furthermore, toy industry giants like Hasbro and Mattel lost money with Toys R Us’ unexpected bankruptcy liquidation. This leaves economists questioning how many manufacturers will jump on board willingly with Toys R Us again, even if they are rebranding.

Other retailers like Circuit City and Radio Shack tried similar relaunches but found them unsuccessful. Perhaps things will work out differently for the toy retailer than they did for the tech stores?

Tru Kids says it isn’t ready to make an official statement just yet. However, all signs point to both the website and at least a half dozen stores across the nation opening in time for the 2019 holiday season. Regardless, I’m sure nostalgic Millennials everywhere will watch this unfold with pure excitement. Our favorite place to be a kid just might be back in time for Christmas!

The Feelings We Censor: Why They Keep Come Creeping Back

8 Steps To Combat Your Constant Overthinking