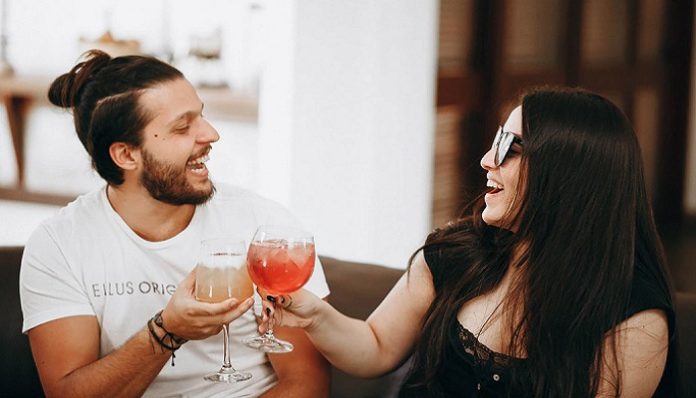 It’s finally the big night we’ve all been anxiously awaiting  ever since we opened the last of our Christmas presents: New Year’s Eve! And, unless you’ve already completed your list, it’s time to write down those resolutions and set out your hopes and aspirations for the new year. However, if you feel uninspired and can’t seem to decide what you want the new year to bring you, give the following drinking game a try and feel the alcohol – ahem, inspiration – rush to your head and give you tons of new ideas for 2019.

In order to fully enjoy this game, make sure to gather around a TV before midnight and flip to any channel because they’re all set to air a NYE special: Dick Clark’s “New Year’s Rockin’ Eve” With Ryan Seacrest (which begins at 8 pm EST). Tons of celebrities perform at this monumental event, and we’ll use  those performances as inspiration for our New Year’s Eve Drinking Game:

Drink when:
• Christina Aguilera, Dua Lipa, Halsey, or anyone else shows up seriously underdressed for the weather.
• Co-hosts Chrissy Teigen and Leslie Jones scream and/or shoot hilarious looks at the TV screen.

• John Legend makes a witty remark about Chrissy Teigen (and vice-versa).
• Fox’s host, Steve Harvey, gives one of his famous hilarious looks.
• Jennifer Lopez shakes her booty.
• Keith Urban melts your cold, snow-covered heart and makes you go “Aww!”
• Anderson Cooper and Andy Cohen share an inside joke because bestie goals.
• Ryan Seacrest tries to be funny but fails miserably.
• Someone says “Oh, turn the volume up! I love this song!” during any of the performances.
• Someone says “Ugh, I hate this song!” during any of the performances.

• A singer is obviously lip-syncing.
• New Kids On The Block make you realize how old you are.
• Midnight strikes (and every hour that comes after that).

In the end, no matter how the big night may play out, it’s important to remember that it matters very little how you celebrate it. What really does matter is how you spend every day after New Year’s. That being said, we are grateful for the opportunities and challenges 2018 put in our path, and we cannot wait to see what’s next in 2019. Happy New Year!

Do you have any other games you will be trying for the first time on the big night or any favorites that you’ve been playing for years? Let us know in the comments because we all could use a new and fabulously funny way to get inebriated!

13 Ways To Get Your Life Back Together After Losing Your...