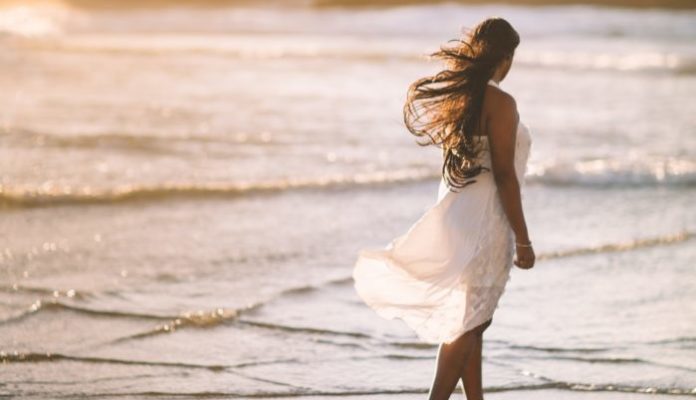 Last October, #MeToo Movement blew up the entire internet. This movement was launched for women who are victims of sexual harassment to speak up, stand up, and let their voices be heard.

This moment was all over the news and Facebook for weeks. We all followed it and read about the many brave victims sharing their stories. Yes, I agree with the many people who said they were brave.

You’re probably wondering why I’m writing about this topic, right? Well, I am one of those thousands of victims of #MeToo.

I am writing this article to speak out and tell my story. It’s been about almost a year since it happened. I didn’t speak about it right away because of the physical, and emotional pain it caused. As well as the scarring the experience left me with, but, today I’m ready to speak out and share my story with you all so that no other young girl or teenager will be put in the same position or situation!

It all started last May, I was on Facebook scrolling around like I usually do when I received a friend request from a guy. Whenever I receive friend requests from anyone on Facebook now, I always check their friends list to see if they’re friends with anyone I already know before confirming their request.

Before I accepted this guy’s request, I like always checked his friends list to see if he was friends with anyone I knew, and he was so I accepted He immediately sent me a message, and asked how I was.

When I told him I couldn’t drive because of my cerebral palsy, his reply was, “I have CP and I can walk normally and drive.”

I thought, “Get out of here. There’s no WAY you can drive with CP, or walk normally, unless it’s in a book for dummies or losers, I wanna see it in writing.”

But I didn’t, I brushed it off thinking that it was gonna get better.

However, red flags are alerts for a reason. It didn’t change, in fact it got worse.

This guy would  message me every hour of the day. I would try to ignore him, but he did not stop. He had given me the nickname Sissy – for what reason I have no idea, I just rolled with it.

Meanwhile, every hour that he would message me, there would be a million thoughts going through my head. Should I keep this guy as my friend or should I delete him?  What should I do?  My anxiety was escalating by the hour, reading his messages as they started becoming very inappropriate.

His messages were nasty and to be honest, a little scary. He was asking me to do things like, letting him know the next time I was on the toilet. Then he was asking me questions like how big my boobs are. Again, I rolled with all these questions and answered them, still having no clue what this guy was really trying to do to me.

And then he asked the unbelievable. He had asked me to send a picture of my private area, so he could see how much hair I had. I said I was not comfortable with this. He said that was fine and did not demand or push for it any further.

I had left my phone at home one day, so every time a message would be typed into messenger it would also go to my phone. On this day, my mom had my phone on the kitchen counter charging. She looked at the messages and was shocked. She knew before me just by taking one look at the messages what this guy was trying to do to me.

It was 7 am and she knew I was still asleep, she didn’t want to call and make a big deal out of it so early in the morning. However, when we left my aunts house that night she drilled into me hard.

“I saw the messages with this guy on your phone.” She said “They were so inappropriate. He’s trying to reel you in for something bad.”

The light bulb went off. It hit me like a ton of bricks and I realized the reality of it.

I cried hysterically the rest of the way home and when we got home, I ran in my room kicked, mad at myself.

“What should we do to stop this.” my mom asked my dad.

“CALL THE COPS.” I was screaming and crying. At this point, I started shaking and continued to cry…

My dad was on the phone with the dispatcher at the police department. It was now 11:35 and I had school the next day. I  wanted to go to bed, but I couldn’t as we had to wait for the officer to come to take a report from me.

The officer came and he looked at me, saying “This is the most common kind of harassment we see.” He explained. “Block him. And that should shut it down.” So once the officer left I did just that. But before I could block him from messenger, my dad stopped me.

“Wait, hold on,” he said don’t block him from there yet. I’m going to pretend to call him through there and see what happens.”

Not even five seconds after my dad hung up the phone, the guy messaged  me saying, ”Why did you hang up? I was looking forward to chatting with you.” I didn’t respond. I blocked him.

Ever since I’ve done that, almost one year later he has not tried to contact me again. In my recovery process, I had gone to my therapist and told her what happened she explained it in a way that really made it sink in.

“Women, especially disabled women are the #1 target for murder, sexual assault and harassment. You are more prone to things like this happening because of your age, your disability being so visible and because you are a woman. This guy was grooming you to get you ready for him to do something bad. He was a sexual predator. “

I left that appointment feeling very overwhelmed after what I just heard.

I also stayed home from school the next day after it happened because I was so shaken up and scared. I didn’t feel like myself. When I got back the next day, I told my social worker what happened. She was very upset and felt bad that something so awful happened.

Last year and this year leading up to my one year mark, I have told some of my closest friends about about what happened to me. They were all taken back, upset and felt awful that this would happen to someone as gentle as me. Which I knew they would be, and I didn’t blame them at all for feeling that way,

To all parents of teens or young girls that have Facebook, if you see any signs that your teen or young is being sexually harassed or you see messages coming through on their phones that are not normal. My advice: act on it! Shut it down before it gets worse. You do not want your teen or young girl to be in the same position and situation I was in.

To all my fellow brave women, I applaud every single one of you for sharing your stories. I really do. It takes a lot of courage to do so and you’ve done it! I, stand with every one of you, as we come together and let each other know we are not alone! By saying #MeToo we are letting one another know we are supported and loved. I’m so proud of you all for being so brave!