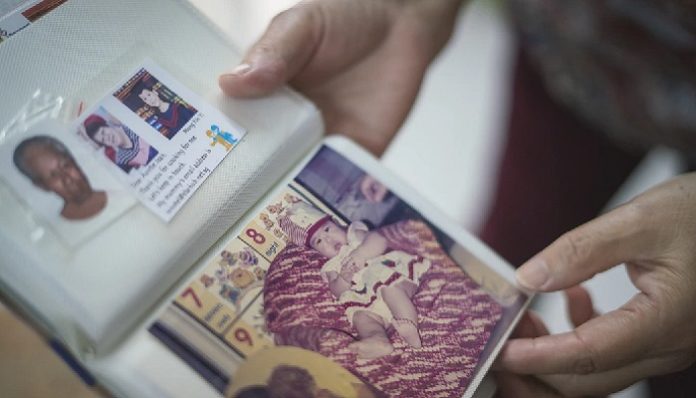 The start of the new school year means new school supplies, more homework, and updated ID cards. One Michigan school, North Farmington High School, has a longstanding tradition of dressing up for their ID card photos. This year, the class of 2019 got very creative, and we found some of the best ID photos around:

Move over, RBG; there’s a new judge in town…

“There will be enough women on the Supreme Court when there are 9” -Notorious RBG #NFID19 pic.twitter.com/8y2FdBQipm

On the days where you don’t have any energy to go to class, just remember that you’re from the ELECTRIC CITY!

THEY CALL IT SCRANTON
WHATTT
THE ELECTRIC CITY!!! #NFID19 pic.twitter.com/rboaiZA7dD

Sometimes in high school you just need to make a statement to be heard, or in this case, seen.

Starting senior year off on the right foot #NFID19 pic.twitter.com/sXCCElQuKg

For the days you need a reminder that you are a princess, even if your math homework is beyond impossible…

Me? A princess? SHUT UP! #NFID19 pic.twitter.com/2o6TTMbMZP

“Why, you stuck up, half-witted, scruffy-looking Nerf herder.” #NFID19 pic.twitter.com/g0g5bnd3PC

A friendly reminder that high school isn’t forever, and the petty BS is temporary.

“I am the most dangerous unarmed woman in the world.” -Ronda Rousey #NFID19 @Rondarousey pic.twitter.com/W3m1sIidDu

If Miss. Frizz(le?) can deal with a flying school bus full of kids, you can handle doing Algebra proofs (even if you’ll never use them again, which you probably won’t!)

They say dream big at graduation, and they’re not kidding.

When you look at your grades pre-senioritis @WendyWilliams #NFID19 pic.twitter.com/XsG7nDXZVr

Already a month into the new school year, and already over it emotionally.

College is expensive, but it’s never too early to be financially responsible.

Saving money on insurance is simple, you just gotta go with the FLO! #NFID19 pic.twitter.com/3IL0BzBMxr

Regardless of how you feel now, high school will always a awkward, happy little accident.

When you look at your grades pre-senioritis @WendyWilliams #NFID19 pic.twitter.com/XsG7nDXZVr

Honestly, I’d go back to high school again, just so I could deck myself out in a crazy costume for my yearbook photo. If you want to check out the rest of these super clever ID card photos, be sure to follow the #NFID19 hashtag on Twitter.

Did your high school have any unique traditions? Did you dress up in costume for your yearbook photo?  Let us know in the comments!

Love Is Blind: The Hard Lessons Relationships Force You To Learn