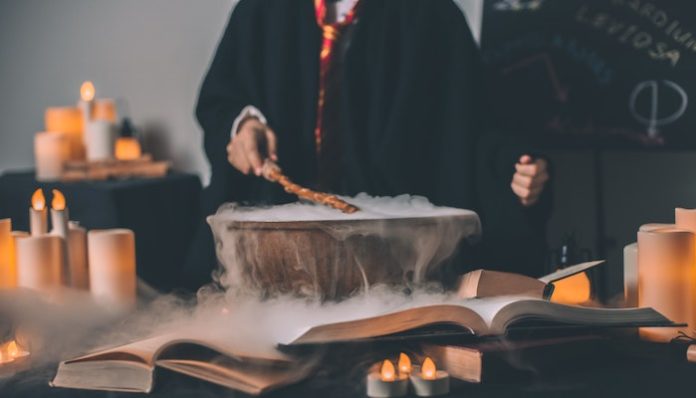 90s babies grew up with Harry Potter (HP). We went through high school while the characters went through Hogwarts. We learned maths and English while they cast spells and we picked out universities while they decided which N.E.W.Ts to take.

The Harry Potter fandom is one of the largest out there. Every fan proudly supports their house (hello, fellow Ravenclaws!) and wishing for an owl to fly in through the window with our belated Hogwarts letters. I am not the first person this series has touched and I know I won’t be the last.

The books, the movies and the long-awaited release dates were a big part of our childhoods and in many ways shaped the people we have become. Here’s five ways Harry Potter changed the life of this 90s baby.

A Creative Boost
Though I didn’t know it at the time, 11-year-old me would turn into a rabid urban fantasy reader and writer, and it all began with HP. The magical world was well concealed from muggles and yet it was so big, full of wonders and right on their doorstep. Although nobody but witches and wizards could see it.

As well as some terrible 12-year-old’s fanfiction, HP inspired me to create my own magical world. Although far removed from Harry Potter’s world, I doubt whether mine would have become what it is without HP. As the world in which my work is set, I can’t thank J.K Rowling enough for fostering this creativity in my young mind.

Inclusion in a Close-Knit Community
When one Harry Potter fan meets another, a friendship immediately blossoms. I’ve bonded with my current friends over HP, made new friends and had sporadic excitable moments discussing character developments with strangers. A HP fan always has something HP related to talk about, whether it’s a new fan theory or what the directors didn’t put in the movies. (RIP Peeves). In this day and age there’s no quicker way to make new friends than to be part of a fandom, and I have HP to thank for many of my friends, near and far.

Helped Direct My Moral Compass
For all its adventure and fun, there are underlying themes in HP that helped me understand the rights and wrongs which are still in debate in the real world today. The concept of “pure-bloods”, “half-bloods” and “muggle-borns” and how some witches and wizards think they are superior to others was oddly familiar.

HP taught me at an early age that heritage, nobility and skin colour mean nothing. Strength of character and the actions you take makes much more difference than the family you were born to. To exhibit bravery, selflessness and kindness will make a more positive contribution than bickering about who is better than who based on superficial attributes.

The Importance of Activism
Though this aspect of HP was cut out of the movies, Hermione’s organisation S.P.E.W had a big impact on what I thought of my own capabilities. S.P.E.W fought for the rights and fair wages of House Elves, and it was the first act of activism I witnessed by someone who I identified with; a teenage girl.

Any thought of fighting for something I believed in wasn’t worth thinking about at that age, because few people take teenagers seriously. Hermione stood as a shining testament to all young people, and taught me that compassion and acting on that compassion is important even if nobody listens. More people scoffed at Hermione’s cause than supported it, but she never let that stop her.

The Impact of Merchandise
This might seem trivial, and it probably is, but have you seen the Marauder’s Map leggings? There is more HP merchandise out there than anyone could possibly need. The environmentalist in me is horrified, but the fangirl thinks she’s died and gone to heaven.
Hoodies, bags, replica wands. Chocolate frogs that were £1 each when the first film came out and are now £7.50. (If inflation is really that high, I’m overdue a serious pay rise). Ravenclaw boots I got for Christmas but daren’t wear because they’re so beautiful. A satchel with the Hogwarts crest on it that I accidentally took to an interview with me. Though I’m not a materialist, the HP treasures that are out on the shelves fill me with a great deal of magical happiness.

I feel lucky to have grown up with Harry Potter and enjoy the magic in a way that only a child can. Those lingering feelings of joy, excitement and a drive to create my own magic will hopefully follow me well into my eighties. Or if I have even a smidgeon of magical blood to my name, my one-hundred-and-eighties.