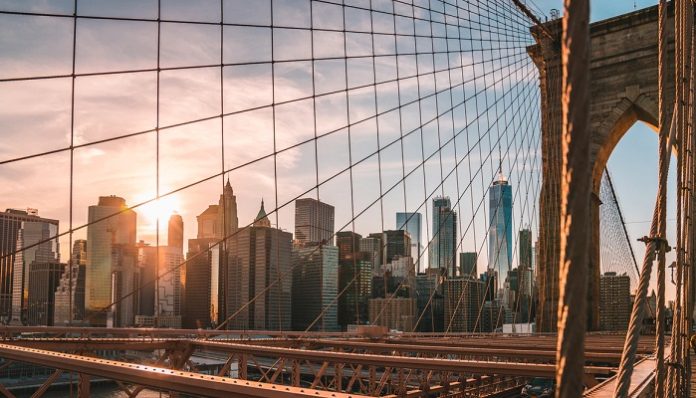 Long Island. Yeah, you know, that place in New York that is shaped like a fish and is close to the city, but really isn’t. That’s where I grew up. It’s known for its beaches, its bagels, and its accents. Here are some other things it’s known for, but only a true Long Islander would know.

1. You know that when people say “The Lighthouse,” they mean Montauk.

Also known as “the end of the world,” Montauk is a place that I hold very close to my heart. It’s the place to go for your summer BBQs, and when you need a fun trip to the beach (also, driving down Montauk Hwy like a madman… which I highly recommend). I honestly don’t believe people who claim that they’re natives but then say they’ve never been to Montauk. I mean, come on.

2. You can’t stand it when people say they live “in” the island.

This is usually how you know someone isn’t an island native. Hello! It’s an island! You live on it, not in it. Duh!

3. You know that we have the best bagels and pizza.

If you’ve ever met someone from the Island, they’ve probably told you that we have the best pizza,  bagels, and of course, pizza bagels. Now, before you roll your eyes and assume that we’re exaggerating, try one bite of either, and you’ll see exactly what we’re talking about.

4. You lived at Splish Splash every summer.

Cliff Diver! Alien Invasion! Hollywood Stunt Rider! For so many summers, this was the place to go. You would meet up with your friends in the summer and run around all day. And, if you had a season pass, you were “the cool friend.”

5. You’ve taken a ferry ride from Orient or Port Jeff to Connecticut.

“Welcome aboard the Cross Sound Ferry. Sea conditions are calm. The trip to New London will take about 45 minutes.” You’ve probably heard this statement over a million times, and you could probably recite it in your sleep. Still, nothing beats sitting on the top deck with the wind blowing in your face while eating a warm pretzel from the café line.

6. To you, “Upstate” means anywhere in New York that doesn’t include Long Island or Manhattan.

Whenever you tell someone that you’re going upstate for the weekend or on a vacation, you just mean you are going somewhere besides the Island. Don’t ask where we’re headed specifically, because there’s a good chance we really aren’t sure. Hey, we know Albany is up there somewhere; give us that.

7. The word “carousel” only means one thing: The Greenport Antique Carousel.

If you hear the word “carousel” and don’t immediately think of the one in Greenport, did you really have a childhood? This is where you go when you’re feeling nostalgic and want to embrace your “inner child.” Heck, sometimes you even go on a ride for that exact purpose (and you still manage to get the gold ring before the  five-year-old behind you does).

Ugh, Pumpkin Season! Hearing these two words together makes me cringe. I grew up in Jamesport, which people call “the East End” of the Island. This is where you have all the farm stands for apple and pumpkin picking, along with the wineries. This is a beautiful time of the year because the leaves are changing, and it’s all cute and cozy. But the bumper-to-bumper traffic, and the “citidiots” (city idiots) drive me absolutely crazy! I understand that you want to enjoy the Island and everything it offers, but it shouldn’t take me an hour-and-a-half to get back home from grocery shopping when it usually takes me 5-10 minutes.

You can probably picture this landmark in your head. I don’t think anyone really knows the true purpose of the Duck or why exactly we have it (If you do, let me know; I’m curious), but if you’re heading towards Flanders and need a landmark, just say “The Big Duck,” and we’ll know exactly what you’re talking about.

11. You know how to pronounce the towns “Aquebogue,” “Patchogue,” “Massapequa,” and “Cutchogue” without a problem.

The way people butcher up these town names makes me cringe and laugh at the same time. Repeat after me: ACK-WAH-BOG. Come on, it’s really not that hard!

It was probably the place where you went to your first concert. I remember walking up and down the boardwalks with my family throughout the years. There was nothing like walking along the boardwalk and trying to get the telescopes to work (even though they usually never did).

13. You know that beaches are always close by.

Given the fact that Long Island is, in fact, an island, a beach is never far away! I mean, I live between two of them.  Just be prepared for the pricey parking fees if you’re a visitor!

14. You know that winter is rough.

Three feet of snow? Yeah, that’s a real challenge. Growing up on the Island, you get used to having a lot of snow in the winter. Which means that as a kid, you get sick of it quickly. For most kids, a snow day meant no school and a day to have snowball fights. For kids on Long Island, though, that’s what it usually means at first, but then, after the 10th snowstorm, it really just means, “I have to help dad shovel the driveway… again.”

Everyone comments how Long Islanders have that “Lawn Guyland” accent, but we never seem to get it. Why are you asking me to say “dog” and “coffee?” Now, why are you laughing?! Someone please explain this to me!

Long Island is truly a one-of-a-kind-place. You get all the beautiful beaches, the amazing pizzas and bagels, and some pretty cool landmarks. Who could ask for a better place to live?