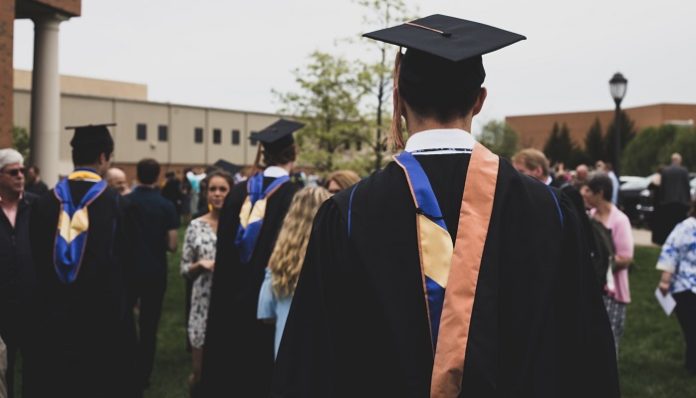 The email was like an empty nest bomb in my inbox. I could forecast the contents from the subject line, “Mac, we are so excited …”

I hadn’t expected this news electronically, but it was my son’s first college acceptance. It meant he was probably moving eight hours away for the next four years, and whether I liked it or not, he was pretty much grown up.

If you’ve yet to experience the pangs of midlife existential crisis known as “Empty Nest Syndrome,” you should know that it arrives with a sucker punch to the gut.

During your child’s senior year of high school, all the usual senior year special events push you along toward the final goal of graduation. The busy schedule prevents too much reflection on anything that’s happening until you reach the very end.

It’s a major life change, and though you think you’ve grasped this fact, waking up and realizing your child is in now charge of their own life experiences is a bit shocking.

They call it Empty Nest Syndrome, and while my nest may not be completely empty yet, I understand the feeling.

This wasn’t our first rodeo. Mac’s sister had gone to a college about two hours away. Even so, it was hard.

Mac and I have always shared a tight bond. He is the middle child of three, the filling in the kid sandwich. Looking back, the last four years of high school have been full of joy, garnering a whole new set of friends not only for Mac but for our entire family.

I was struck, sitting at my desk staring at the email, by how fast the ride had been.

To tell Mac his college news, we waited until senior night for his football team. The announcer read his name, listing his high school accomplishments and then, with everyone watching, gave Mac the news, “Just accepted, Mac will be attending the University of Alabama in the fall.”

His face was part shock and part joy, but I was numb.

How was it that I was standing here with this huge man-boy? Where was my dimpled, active toddler? I began to think about what would come next — graduation, college, serious girlfriends, marriage.

As my kids grew up, I wondered, where would I fit in?

These feelings of loneliness and confusion about your place in the world are common for parents whose kids leave home to become independent adults.

According to Psychology Today:

“For many, coping with an empty nest is mitigated by remaining in contact with the child. A parent can keep in touch with their child via weekly text, email, or phone calls. In times of stress and loneliness, reaching out for social support can also be helpful. In addition, diligent self-care — in the form of a healthy diet, plenty of sleep, exercise, and downtime — is recommended. Instead of focusing attention on the child’s departure, some people cope with the transition through hobbies, travel, friendships, and career or education goals.”

As for me, I was afraid of losing my place in his life.

Mac will grow, continuing to develop without me. I won’t have the luxury of being the one at home when he needs to download his day or simply share a funny meme. We’ll talk at a more scheduled time and try to catch up without the shared experience of living together.

Will it be different? Yes, and that’s necessary.

This is a challenge we both will share. I will leave him alone about the details, but I also won’t always bail him out from the stickiness of life. Part of a college education is exposure to natural consequences from decisions.

This is what we’ve been working toward from when the kids were young. Now, it just feels so much bigger and harder with him heading so far away.

But the truth is that it’s time for him to grow up.

There have been signs that he’s ready to take the reins more firmly. I need to walk away from the mothering that pulls him through his busy schedule, making sure he eats the right foods and gets the allotted amount of sleep.

I’m afraid it will take a major change, like college eight hours away, to force the issue.

It is now Mac’s turn to show the world the man he can be.

As I look in my calendar at that looming graduation date, I’m trying not to sweat the small stuff.

I’ll remember that his life will be better for the experience of college and it’s not my job to interfere.

But, even as I know this, I’ll still be ready by the phone at any moment to hear his voice or to get a text with a funny meme.