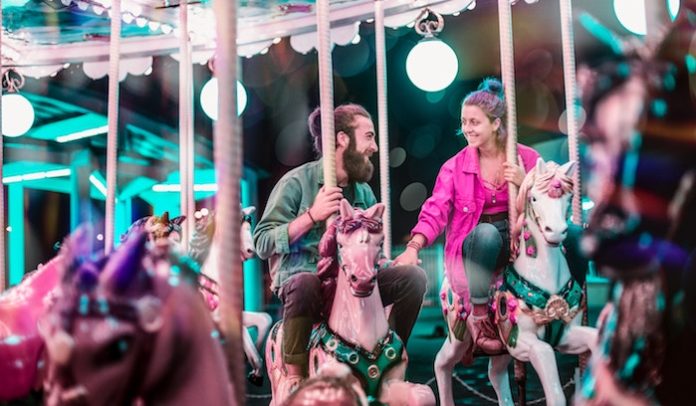 There’s this thing that I absolutely cannot stand about my generation. It’s the fact that they simply cannot use their words when it comes to dating. And rely on mind games to get their message across. Because a lot of people do this, we often don’t believe someone when they say they are interested because it’s never that easy.

If you’re currently questioning what your crush is thinking or if he’s interested and wants to keep putting forth an effort for something bigger in the future, here are a few things he might do to show he’s actively trying to prove it to you.

If you find your crush using a ton of emoji’s. (especially flirtatious ones rather than sexual ones) And texts you constantly, consider yourself a lucky woman. Men don’t usually spend a lot of time on their phones or use emoji’s. So if they do with you, he really wants to get to know you better.

If he always finds a way to touch you. (such as placing his hand on your thigh or the small of your back), hugs you too long or if he just stops when he’s touching you in whatever way so he can stare at you, he’s interested. Physical touch is clearly one of his love languages and likes to show his affection in that way.

If your man likes to make plans and is urgently trying to see you again, he definitely caught the love bug. It’s always nice to feel wanted or needed or even appreciated. And this is a sign he thinks those things of you and wants you to feel like a priority in his life. It’s super appreciated when you don’t have to be the one initiating hangouts all the time, right?

If he always keeps you updated. If he takes too long to reply or is checking in on the flow of how things are going periodically, he’s taking things with you seriously. He might even tell you he misses you randomly and how special you are to him. It’s not often a man can be this open with his feelings. So if he’s making this effort than he really trusts you and envisions a future with you.

Those listed above are great indicators that he is in fact willing to put forth an effort. But sometimes, those actions can be misread by another guy who is interested but has no desire to keep you around further than that. Easy reminders of what to look for to help you determine whether he wants to put in the effort, include:

But most importantly… A guy who is interested will make you feel good about yourself and like crap at the same time. The man who is willing to put forth an effort will make you feel like an unstoppable, confident woman who is on top of the world. Mainly because he will put you on such a high pedestal. You will always feel valued, appreciated, adored, beautiful and like a strong woman.

A man who wants to put forth an effort will let himself be known and you’ll never have to question his intentions.

Photo by sept commercial on Unsplash