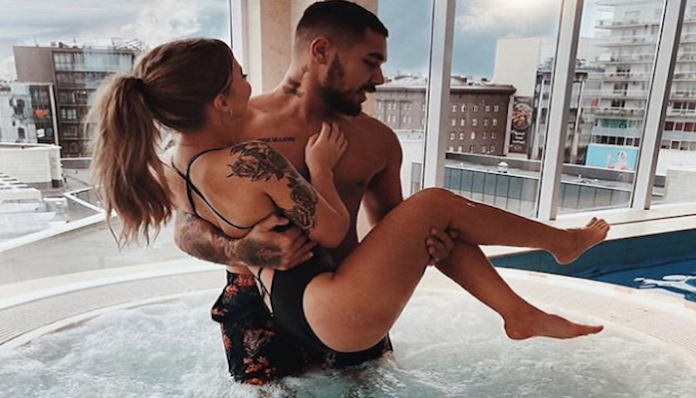 Keeping things spicy in your relationship can be tough at times – especially when it comes to the bedroom. Whether you want to do something creative for his birthday or just catch him off guard, there are a few sexy surprises you can do that’ll lead to the best sex of your life.

1. Have him take the nudes for you

When your guy bugs you for new nude photos, don’t cave in and send them. Instead, wait a while and hand him your phone (or use his) and say, “I want you to be my personal photographer.” You could even turn it into a little photoshoot around the house with various wardrobe changes. He’ll be thrilled to watch you do your thing and get the nudes. What’s more, every time he goes into those rooms and remembers the pics he took of you in them, he will get turned on.

2. Tease him with crotchless underwear

When you’re out in public or on a date, wear a dress with crotchless underwear. At some point, reveal to him that you’re wearing them and don’t mention anything else about it. When you get home, he’ll definitely make a move to find out. And when he catches a glimpse, he’ll lose it and take you right then and there.

3. Buy some toys for playtime

Buy a few new sex toys and hide them from him for a bit. Then, when you know you’re going to be alone in the house or plan to surprise him, place the bag with the new toys somewhere he will definitely see. On it, leave a note that reads, “Pick one and meet me in the bedroom”. From there, meet him naked or in something you know he loves.

4. Steamy in the shower

When he’s in the shower, walk in and surprise him by kissing his back and rubbing him a bit. When he turns to face you, drop to your knees and give him head. Or you can let him dominate you and you can have shower sex.

Not all sexy surprises have to cost you a lot of money or effort. Sometimes it just takes catching them off guard to really get them going. One thing is for sure – no man will ever complain about any of these presents at any occasion.