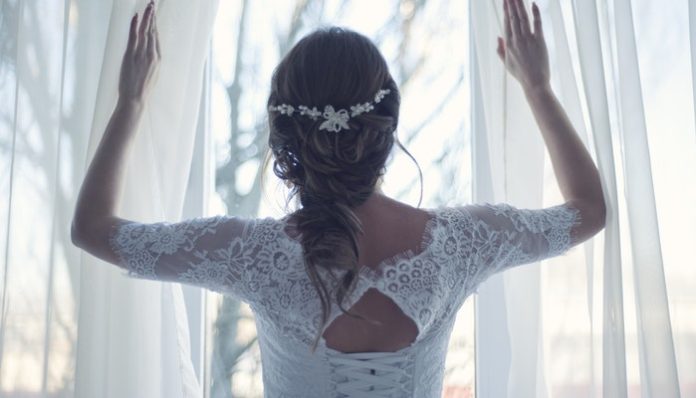 I married my love at 21, and that comes with some regret…

We met online within weeks of starting college, officially started dating that October (on my 19th birthday), had sex within nine months, were engaged the following December, and then got married the summer after my 21st birthday. I love my life with him most days, but there are times when I feel twinges of regret about all that I never experienced because I married young.

There’s the regret of not experiencing college through a single woman’s eyes. I never went to parties or mixers… never even set foot in any of the bars near campus. I never tried to put myself out on the market or tried dating multiple people at once. As soon as he came into my world, I latched on tight and refused to let go. While it was nice to always have that constant person in my life, I wonder if we skipped a phase we needed.

Instead, we married young.

I regret not taking time to explore my sexuality. Sure, I did some dating in high school, willingly putting my tongue into at least half a dozen guys’ mouths, making it to second base with a few… but it always stopped there. I never got the opportunity to kiss a girl, and now, I probably never will. I never had sex until him, meaning I’ve never known the body of another human being…and I kind of hate that. While I love how we do it and all that we’ve tried, I sometimes wonder if because we married young, I turned my card in  too early by locking in exclusively with him.

I regret never learning to live alone. I went from living with my parents to having roommates, to moving in with him, with nothing in between. I’ve never experienced the feeling of an empty house for days on end or the comfort of only cleaning up after myself. I never learned how to be truly independent, because I always had someone. I’m terrified of traveling alone, uncertain of how I would sleep without someone else near me. I don’t know how to budget, shop, or cook for one because I never had the opportunity to try it. It feels like this is something most of my friends have done or are still doing, but instead, my husband and I married young.

There’s the regret never stopping to question myself.

I picked my major early in high school and never took the time to change it.  Pushing myself to graduate quickly was the plan, knowing it would help financially if one of us was out of school. I never thought about where I’d like to live, which specific area of my degree I wanted to pursue, or even if I was happy. Now, at 30, I find myself lost, starting a new career and causing all sorts of chaos for the life we’ve built, a life with a lovely home and beautiful children. We probably would have discovered my problems sooner if we hadn’t married young.

I regret not having loftier aspirations. I downsized my dreams to fit the life we were building; planning for children and pets. I never once put my career or myself first because I felt that I couldn’t do that and still be fair to him. There were never plans of traveling or exploring the world because I never had the time or the means. I avoided taking chances, doing anything that might cause even the mildest disruption in my spouse’s life. I never even took the time to plan out my future beyond a few years after college, and now, we feel so uninspired, drifting without a motivational map of where to travel next. Most people take time to do this, but again, we married young.

I do not mean to make my life sound completely negative because it is not.

There are many beautiful parts of my life because I married young to the love of my life. I can be  active with my children, and they will graduate high school before I’m 50. I never had to worry about trying to start my career and date at the same time because I’d already selected a match. Yet, in my heart, I have regret, and sometimes, that turns into anger or even spite. I know that the grass always looks greener on the other side, but I just wish that I would have looked before I took the leap and married young.