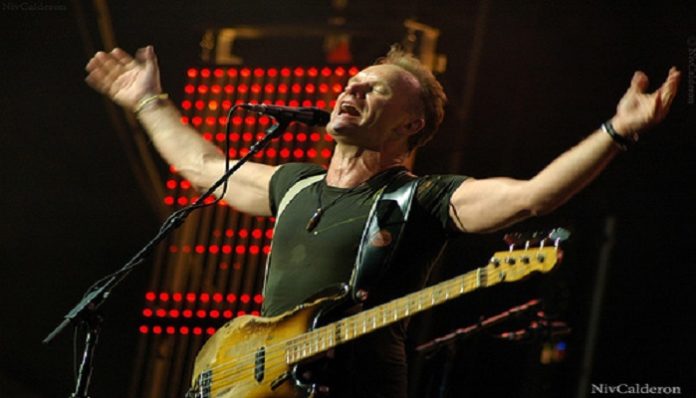 The year was 1983. MTV was only two years old. The 80s were in their infancy and The Police would start their epic 8 week run atop the charts with their smash hit “Every Breath You Take.”

If you’re unfamiliar with the song, here is a refresher:

If you’re asking yourself who The Police are, their lead singer is Sting, or for those of you who are fans of the classic and iconic television show Friends, he was a focal point in Season 8, Episode 10 when Phoebe schemed to meet the legendary singer.

In the 35 years since the release of this song, it has also been inducted into the Rock & Roll Hall of Fame, named one of the “500 Greatest Songs of All Time” according to Rolling Stone, i and, in my opinion, it has one of the most catchy choruses ever recorded. Additionally, it has been covered 86 times, sampled 20 times, and loved all over the world by new generations and different genres of music fans.

One of the most recognizable versions is the 1997 song “I’ll Be Missing You” by Puff Daddy featuring Faith Evans and 112.

This song is a tribute to The Notorious B.I.G..  It samples the beat and melody of “Every Breath You Take.” This gives the song a more emotional feel, plus the addition of a gospel choir gives it that extra “umph” to pull at your heartstrings. Furthermore, Sting joined Puff Daddy for a performance of “I’ll Be Missing You” at the 1997 MTV Video Music Awards, a rendition that still gives me chills and brings tears to my eyes.

Fast forward to 2003 and “Every Breath You Take” receives an updated, island cover by UB40 for a little film called 50 First Dates starring Adam Sandler and Drew Barrymore.

The version used in the film fit the aesthetic of  both the location of the movie (Hawaii) and the major plot (one character becomes infatuated with the other because of her condition).

In another cover that will make you say “what in the hell” I’d like to enter this into evidence:

Robert Downey Jr. decided to make a record at the beginning of the new millennium(I honestly have learned something new). For some reason, he thought it would be a good idea to cover this classic tune. While I will admit his singing is not the worst, it definitely ranks high on the “actors who make questionable career choices” list. This version isn’t terrible (I mean, it was a duet between RDJ and Sting) but it is puzzling and shocking.

There’s also a disco/R&B/jazz cover by Gloria Gaynor (most known for the legendary hit “I Will Survive”). This version kind of reminds me of an 80s sitcom opening theme. It’s a different take on the song, but I think this certainly gives credence to the legacy of the song.

“Every Breath You Take” will certainly be covered more over the next 35 years and become even more significant in the world of music. It’s not often I say this, but thank you to The Police for providing a joyous and timeless anthem!

We’ve All Become Slaves To Our Jobs — Is It Time...