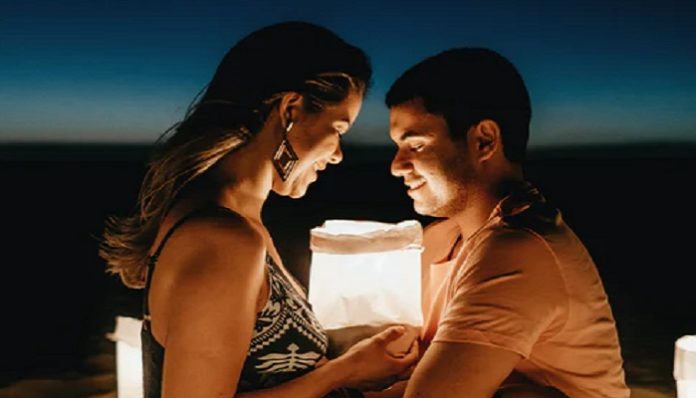 Since the beginning of time, dating has been extremely common, but now, we have to worry about technology. I mean, many people meet online via Facebook, dating apps, and Twitter. Not to mention Tinder. With this new piece of the dating puzzle thrown in, we have to worry about all kinds of new crazy situations. One of which is ghosting.

Ghosting- Ending a relationship with someone by suddenly and without explanation withdrawing from all communication.

Sounds like a dick move right? But there’s always more than one side to every story which means there is probably good and bad to this concept and we are here to dive into that a little bit more.

Okay, to all the ghosting haters, I know you are going to say my reasoning behind not being disgusted with ghosting is either BS or just lame excuses. But I am a believer that people, in general, want to be good and therefore don’t do bad things just to do them. This belief might be the reason I am currently single, but there must be some kind of benefit (even if it’s a selfish one) if so many people have done it that it turned into such a big thing.

Pro: Ghosting is just part of our current dating culture.

Yeah, it’s messy, and a little bit dysfunctional sometimes, and maybe really confusing but aren’t we all? Ghosting is just another part of the culture we live in. The culture that we all played a role in creating which means it’s kind of all a part of us as a generation. So why hate it when it’s a part of you? Just try to accept it or learn to love it!

Pro: It allows us to leave no strings attached

If you go through with ghosting someone, you will literally never have to deal with that person again unless for some reason they become a complete stalker and show up at your work or something (odds of that actually happening are minimal). But once you do it there’s no going back, and nothing is holding you back. You don’t have ties to them anymore, and they will never have to be something that weighed you down.

Pro: Gives us the freedom to just walk out of whatever situation we don’t like

It doesn’t have to be a messy breakup. It doesn’t end with the two of you staying up until three in the morning screaming at each other. You won’t have to agonize over wondering if it was really the end or not. You won’t have to worry about getting back together in a week, and the same goes for the other person. It’s just a clean cut. In the end, you both have all the freedom just to get up and leave.

Pro: It is a BS free zone

Obviously, if the person stops talking to you, they don’t want you in their life. It’s that simple. If you don’t throw emotion into it, you realize that ghosting is probably the most straightforward way to let someone go. But at least they had the ability to understand that they weren’t happy and move on without making things overly complicated by trying to “still be friends.” With ghosting, you just cut the line and figure out how to move on.

Now, I totally disagree with ghosting. I am very old-fashioned when it comes to dating, and cutting someone off via technology does not fly with me.

Ghosting is stupid, on so many levels. First of all, it’s immature. Are you in kindergarten? One day you’re sharing your chips with them, the next day you’re playing on the other side of the playground to avoid them. The reality is, you are an adult now. If you can’t tell someone you’re not interested in them anymore, you’re probably too young to be dating anyone.

Think about the emotional damage you’re doing to that person. Think about being on the other end of that phone… “Why is he/she ignoring me?”, “What did I do to deserve this?”, “What did he/she not like about me?” I mean, yes, things could be going downhill, but treat everyone with respect. If you just cut them off, you’re leaving them wondering what happened, and what they did to make you ignore them. In the end, you could be damaging someone’s self-esteem.

You may think ghosting someone is an easy way to cut ties with someone, but it’s not! It takes a lot of work. You have to block them on Facebook, Instagram, and Snapchat. Also, you have to always ignore their texts, phone calls, and their questions. Wouldn’t it just be easier to explain in person why you’re not into them?

Con: You’re not learning anything.

If you ghost someone, you aren’t taking anything away from that relationship. Usually, when you break up or stop talking to someone you’re seeing, you tell the person why. That way, you two both learn something new. Maybe something to work on before you head into another relationship, or maybe you figure out the reasons why you two aren’t meant to be.

Although there may be some good things about ghosting, we definitely can’t forget about the shitty stuff. Ghosting doesn’t give you a clue on how to react. I mean, should you be upset? Is the person hurt? Or, are they just busy and will be contacting you later? Yes, this may all come to mind… But, sometimes life is all about balance right? So maybe there is a balance between the good and bad in ghosting as well.