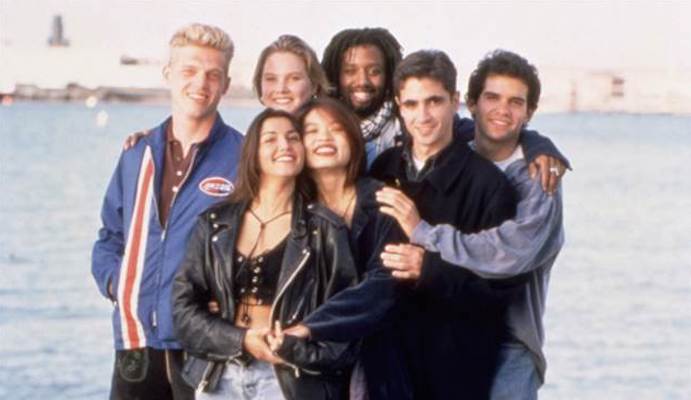 “This is the true story of seven strangers picked to live in a house, work together, and have their lives taped. Find out what happens when people stop being polite and start getting real..”

These words will forever go down in infamy as one of the best openings of a television show (in my honest opinion).

Still don’t know where you’ve heard those words before, well, they’re from MTV’s long running reality show The Real World. If you have never heard of the show, then you’ve been living under the rock.

The Real World debuted on MTV in 1992 and was one of the first and truly groundbreaking reality shows of its kind. It followed seven true strangers in New York City trying to make their dreams come true. As the show progressed over time, it tackled major issues in society including gay marriage, HIV/AIDS, homelessness, sexuality, 9/11, rape, domestic violence, abortion, and the list goes on.

Since the turn of the millennium, the show shifted from dealing with real people and real issues, to people who wanted to party, hook up and fight. Many fans of the show can point to the shift taking place in 2002 with The Real World: Las Vegas.

While the show eventually became tired and redundant, the production again shifted, this time adding twists to each season. Starting with season 29, The Real World: Ex-plosion, they did away with the iconic opening and also had all of the exes of the original cast show up unannounced and be forced into cohabitation for the rest of the season. Subsequent seasons would include people from the casts past including enemies, absentee parents (The Real World: Skeletons, The Real World: Bad Blood) to forcing the cast to compete in missions in order to stay in the house (The Real World: Go Big or Go Home).

The problem with these twists is that they too became tiresome and made the show bloated. Since the ending of season 32 (Bad Blood), the show has been on ice.

According to new reports, it looks as Netflix is interested in partnering with MTV to revive The Real World. While Netflix has been known to revive shows or reboot them to wild success (Queer Eye is a shining example) we’ve yet to see a true reality show air on a streaming only network.

As an avid and long time fan of the show, I’m ECSTATIC and over the moon that the show may continue to live on. The Real World helped shape who I am today, whether that seems crazy or not. I’ve learned about a wide range of issues from this show and it’s also shown me how not to act as a human being.

Yes, there have been numerous variations and offshoots of the original format (Jersey Shore, The Bachelor, Big Brother), but the original still stands up. With Netflix giving the show a second chance, they also have ZERO responsibility to play into the narratives and crazy over the top drama that MTV essentially forced on production and casting the past 15+ years.

Having The Real World come back on a new platform, my hopes is that there are real people, not people looking for their next 15 minutes of fame (no shade because I’ve applied for the show NUMEROUS TIMES since I was age eligible).

Netflix has become a place where viewers can delve deep into real issues and get their fix on true crime, feel good stories and everything in between. It is my hope that the new deal with Netflix, if true and coming to fruition, is they go back to basics.

One of the most important and still socially relevant seasons of the show is Season 3 in 1994 (The Real World: San Francisco). One of the cast members, Pedro Zamora, was openly gay and also living with HIV. This was a first on television and it became even more important when he and his partner had a commitment ceremony on the show. While Pedro succumbed to his illness before the show premiered, his legacy lives on to this day and many credit him as having paved the way for discussion and education about LGBT and HIV/AIDS issues.

Beyond the personalization and humanization of societal issues by the cast members, it’s also served as a launching pad for many of its former cast members. Jacinda Barret (RW: London) is a recognizable name in the film industry; Mike “The Miz” Mizanin (RW: Back to NY) is professional WWE wrestler who has household recognition and truly made his dreams come true starting with his time on the show; Jamie Chung (RW: San Diego) actress in shows such as Once, The Gifted, and many other notable credits; Karamo Brown (RW: Philadelphia) one of the new Fab Five from the Netflix revival of Queer Eye.

The Real World has become a national treasure and given life to so many pop culture moments that it would be a shame if it went out on a whimper instead of a final performance.

If you’re so inclined, please tweet to Netflix, Bunim/Murray and to MTV to ensure that we see another season of The Real World.