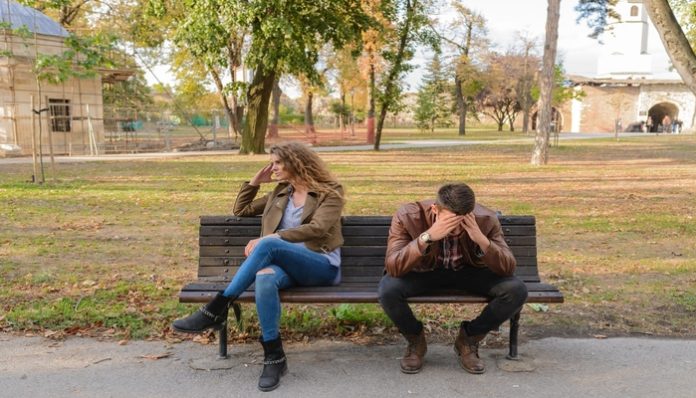 Misunderstandings can be extremely easy when you’re thinking with your genitals.

Especially when you first start talking to someone new or start dating, it is easy to let your “goodies” lead the way in the relationship and forget about all the things that you had talked about or the the things that you and your partner may have agreed on. You can avoid all of these misunderstandings in your future relationship by being 100% honest with them about where you want things to go and by not disregarding what your partner wants out of the relationship. Except for with idiots who don’t listen or care about what you say and do and only care about whatever they had planned on doing in the first place… And then, you will have bigger problems on your hands, and the person you’re dating might write a blog about you.

The short backstory: A while ago, I was talking to a gentlemen who was interested in me. I showed my interest back. He made it kind of clear that he was interested in something more than just dating (He wanted a booty call. Insert eye roll here please!). I said I wasn’t interested in that. He sent me inappropriate photos all the time and tried to get me into the mix.

I had fun at his expense, but I never played along with his game.

Just when I thought he was wising up, we were on the same page, and we were taking a step in the right direction, when I thought that he was being consistent, and he promised that he wasn’t playing games, he disappeared. I reached out and questioned what was happening. Dead airwaves. It wasn’t until a week later on Facebook that I saw he had a new girlfriend… and she wasn’t me.

Fast-forward to today. I didn’t say anything to him after that, let it go, moved on to a much better guy to cry and pine over, and had kind of forgotten about the situation until recently, when I had to see him after two months. I played it off like it was nothing.

I was determined to be the bigger person on this one… until the flirting started again.

You can be cordial to someone who screwed you over and pretend that nothing ever happened, but you can’t flirt with them and act like you don’t have a girlfriend. So I tried a new approach; I was going to be the bigger person who confronts the situation head-on. When I asked about his girlfriend and tried to joke my way in about the situation he left me in (no “Jerry Springer” throw-down, mind you), he told me that he didn’t want to talk about the situation because this all was just a big misunderstanding.

Where is the misunderstanding in this?

Here’s the thing: You were in the wrong on this one 100%, and yet, you tried to twist the story and make me out to be the idiot. From the start, I said what I was looking for and you disregarded my feelings in all of this to get what you wanted.

Focus on your partner’s actions. Actions speak louder than words. Of course, hindsight is 20/20, but looking back, it was obvious that he was doing whatever pleased him. If you have a gut feeling about someone and can tell  from the get-go that you don’t trust them, don’t let their words be the only thing that wins you over. Wait for them to show you that they’re trustworthy.

Lesson to be learned: Don’t let someone make you feel guilty when they’re in the wrong.

When someone is wrong and doesn’t want to admit it, they’re going to try to twist the situation into their favor. If you put your feelings out there and they disregard them, that is on them, not on you. Also, remember that actions speak louder than words. If he or she is not taking what you want into account and is continuing to force their ways on you, walk away. Don’t waste any more time on someone who doesn’t deserve it. You’re so much better than that.

Previously published on Hunny, Learn From Me.

12 Honest Life Lessons You Can Learn From Kids