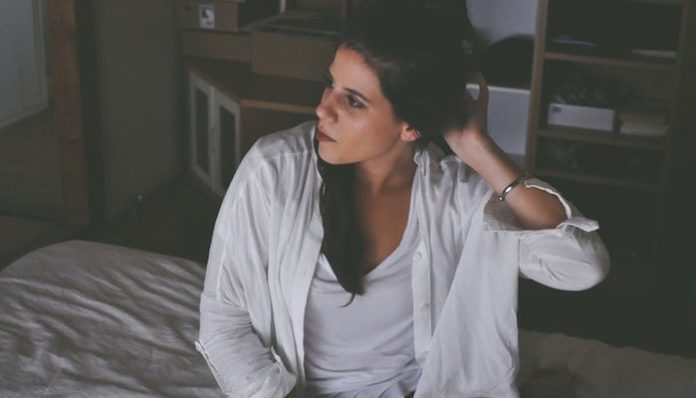 In today’s current climate, it’s not the most politically correct to throw around the world crazy. The conversations around mental health continue to grow and become louder, and as such, our understanding of mental health and disorders increases as well. There are people who really do need help and we should do our best to get them the help they need.

However, sometimes people are straight up crazy. The old trope “crazy jealous girlfriend comes to mind.” Hell, The CW even has a show called Crazy Ex-Girlfriend. We’ve all either dated one or know someone who has become one.

There are some men out there who are legitimate scumbags (I’m looking at you Tristan Thompson, Lamar Odom, Donald Trump) there are plenty of guys who maybe aren’t the best at relationships but do their best. Listen ladies, we’re clearly the inferior gender, as we’ve been told over and over again by countless books, blogs, speeches and Instagram posts from feminists.

Here’s the thing though: we’re not all bad. There are some of us that are decent, genuine people who are trying to get by in life and do right by the people in our lives. We sometimes make mistakes and we own up to them.

What we don’t appreciate is when our girlfriend, significant other, etc. starts going 50 shades of crazy.

In my many years as a member of the missing Y chromosome club, I’ve noticed the first sign that a woman goes from sane and stable to a bit unhinged is if there is suspicion that their partner might be cheating on them. Yes, there is plenty of reason to go into a panic about your partner possibly being unfaithful, but going from quiet church mouse to Cardi B at a Love & Hip Hop reunion is a bit drastic.

You should already know by now that most of the male species are not the best texters (except me because my phone is glued to my hand 24/7). Most of the time, we’re watching something on our phone, playing a game, or preoccupied with another activity. The texts are not life or death (let’s hope not). Sure, we should check in every once in a while, but you probably also have our location on and can check where we are anyways (cough cough, Naomie from Southern Charm)

Hear me out though: why are women’s first instincts when something is wrong in their relationship that the male has cheated? How do you jump from point A to point B so fast? If there had been no prior concern or doubt, what makes you think that someone is going to cheat out of the blue (to be fair, I’ve seen every episode of Are You The One and it’s definitely possible).

Communication is so important in relationships, and if you’re choosing to engage in less than favorable behavior over talking to your partner, then any fallout is your own fault. Too often I have seen my female friends worry that their boyfriends are cheating on them because of a miscommunication issue or because they saw a Snapchat or Instagram that was harmless, but chose to turn nuclear for nothing.

Men and women react to situations completely different. Their feelings can range from emotional, to violent, to anguish, despair, sadness, vengeful, and everything else Disney & Pixar will be making the sequel to Inside Out. The worst thing you can do in any situation is to react when you’re emotional. That is a recipe for disaster. You have to breathe, count to ten and then give yourself time, whether it’s a few hours, or even a day or two to really have an honest discussion regarding the situation.

Our phones are almost like our life sources at this point. They’re so vital to our existence and our daily functions, that I forgot what life was like without them. They also hold almost all of important information and sometimes our deepest, darkest secrets. They’re a modern day journal.

That is why you should NEVER, EVER touch someone’s phone without permission. It doesn’t matter if you’re dating, engaged, married, best friends, etc. A person’s phone serves as a sanctuary or safe space. I had an ex who went through my phone one morning when she thought I was sleeping to delete an e-mail that I had received. Long story short, that was a total violation of my privacy and personal space.

I have had numerous friends have full-blown relationship breakdowns because of conversations their significant others have discovered on their phones without the permission of the person. The conversations that we have with our friends are meant to be somewhat private, and when you go through our phone and read our conversations, that not only violates our privacy, that also breaks our trust. This is where the “crazy, jealous, girlfriend” trope comes into play.

Other instances of “crazy, jealous, girlfriend” include showing up to places on boys night, or constantly texting you while you’re out with your friends asking you when you’re coming home. Stop trying to monopolize our time. If we don’t have time away from you, or a chance to maintain our individuality, that does not breed a healthy relationship.

Newsflash, every time we leave the house, we’re not out cheating on you.

The “crazy, jealous, girlfriend” trope is extremely present when there are female friends involved. I’ve noticed that when one feels scorned, her friends rally and plot the bad partner’s demise. You’re quick to take sides and tell her what a real piece of garbage we are. Unlike the American justice system, we’re guilty, until proven innocent. Too often I’ve seen decent guys be vilified on a whim because they went missing in action for more than 10 minutes. It’s literally crazy how quickly we can be turned on because we’re not perfect specimens who bend to your every whim and demand.

More interestingly, the “crazy, jealous girlfriend” label can be slapped on any female who constantly looks for a fight and for there to be conflict. The biggest example of this is a guy who has a female friend, or a lot of female friends (unless you’re Tom Dagostino and you’re a serial bachelor and not even The Countess is enough for you). There are always going to be unresolved and unreciprocated feelings between guys and girls, sometimes unspoken, but there will always be genuine friendships that mean way more than the feelings.

Should you be a complete crazy person and instigate fights for the sake of ending a perfectly, decent and innocent friendship? Absolutely not. If anything, that is your own insecurity that is leaking out, causing you to act foolish, immature and a litany of other adjectives to describe your juvenile behavior.

Newsflash: guys and girls can be friends in 2018 and be totally okay. We’re not always trying to bang every living, breathing female we come across. We’re not Jax Taylor.

Jokes aside, most of us representing the male gender are decent individuals and we don’t deserve the treatment we get from so-called “crazy, jealous girlfriends.” If you have an issue, talk to us. Don’t spiral out of control, don’t jump to conclusions, and furthermore, don’t make mountains out of molehills.

You’re better than that.