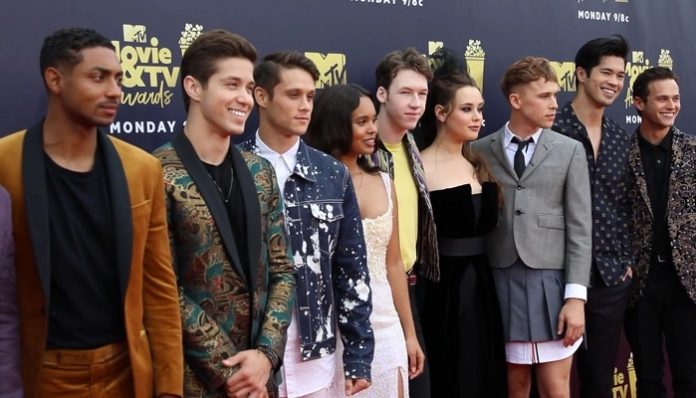 Growing up, I was bullied. I can still remember the days when I would come home crying to no end with gum in my hair and acting as though it was a mistake, it accidentally fell out of my mouth… Or somehow it got there when someone was attempting to throw it out the window… Or I didn’t realize that was on the back of the seat on the bus… Either way, I remember the hurt. I remember the depression. I still remember those days of feeling powerless to those people who were cruel to me and wanting nothing more than to just give up on life. At 30 years old, I can easily still feel the pain Hannah Baker’s character in 13 Reasons Why felt like it was yesterday.

When I started watching 13 Reasons Why, I thought there was no way that I was going to stay interested in this show. The more that I watched the show though, the more I realized, this is more than just a TV show, this is a conversation that we all could and should be having. It’s not just about a young girl taking her life and possibly seeking revenge on those that caused her to do it; it is a necessary discussion that we should be having about bullying, about sexual harassment, about gun control and about mental health. 13 Reasons Why may be a fictional story, but it is literally covering all of the problems that kids are facing and that we see in the news every day.

I understand why some can say that this show goes too far. With the graphic nature of some of the scenes and the frustrating topic of bullying, it can seem that this storyline takes things too far for a TV show. The unfortunate thing is that this show is so much more than just a plot that someone thought up one day. It is a story line that is happening in every single high school, every single day; no school is the exception to to the rule. At least one student in every school is facing these problems. The day season two was released, another U.S. school shooting happened. Pardon my language, but how f*cked up is that this show is showing the new norm in our society and people are more upset with the conversation that show wants to have verses changing the f*cked up way our society has become?

At 30 years old, I just had a conversation with my parents about high school bullying. At 30. I graduated from high school 13 years ago, and yet, I finally was about to talk to them about the horror that I went through and the pure hatred that I had seen others go through. While my life was nothing close to the things that these fictional students had to go through, someone in this world is living it. Someone in this world is going through it every single day. There is at least one person in this world every day contemplating suicide or planning to shoot up their school in order to remove the pain that they’re experiencing. We shouldn’t be talking about whether or not this show has taken things too far, we should be focusing on the mental health of those around us.

While 13 Reasons Why focuses on the younger generation and the problems that they’re dealing this, this is also a great conversation starter for adults. Just because we’re not in school anymore, doesn’t mean that we don’t still deal with these same problems. While it would be ideal to say that after high school you don’t have to worry about people being cruel, the world is still a very difficult place. All of the problems that these students face in school are potential problems that you can be forced to deal with as adults, so why not continue the conversation with others no matter what the age?

This show will make you feel uncomfortable and sometimes leave you feeling uneasy, but unfortunately right now, that is way real life is. Until we have these conversations about these real life topics, nothing is going to change in this world.