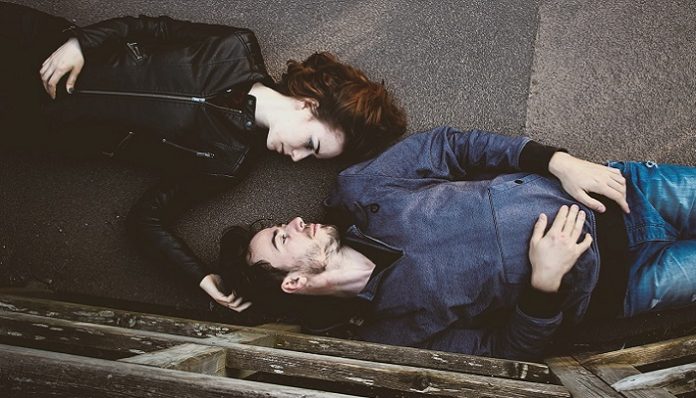 It used to be frowned upon in society when someone cheated in a relationship, but now we have television shows that poke fun at it, therapy sessions to help couples to pretend it never happened, and even articles/books that tell you how to do it without getting caught. What about when the going gets tough, keep going? What about working through the hard times to get better? Why is it that our generation has adapted to the concept that rather than working hard and building a foundation in a relationship, it is easier to just give up and move on to something new?

In a wedding ceremony the couple says, “Until death do us part…” It does not say, “Until I find a woman who has bigger boobs, a flatter stomach, and can put up with my immature ways better than you,” or “Until I find a guy that actually gives me the attention I deserve, makes loads of money and has a six pack that does not involve beer like you.” It is meant to be a vow to be loyal to one another, through times of thick and thin, not to just give up because you aren’t getting your way, because things aren’t the way they used to be, or because you stumble upon something new and exciting. Maybe you aren’t agreeing to that much of a commitment when you are dating someone, but the same monogamy rules apply. Again, why is it that our generation thinks that it’s okay to make relationships expendable when there is a new, shiny toy that’s on the market that you just must try out?

The evolution of relationships has made monogamy an optional thing. Why? Because we are making exceptions for it. Because we are accepting of it. Because we are scared to be alone. Because WE ARE SETTLING. So many times we hear about a couple that is “talking/dating,” he wants to see other people and keep his options open and she wants to be serious, but they continue to “talk/date” because she doesn’t want to lose him as an option. We hear about “open relationships” where the couple is allowed to go out and sleep with whomever they please as long as they tell the other about it/come home at the end of the night, but is that really a relationship based off love?

Monogamy doesn’t have to be dead, we just have to stop making it an optional idea. Until we start enforcing the rules, who is going to follow them? Sure there is always the chance that you are going to end up right back where you started, alone with your pet, a bottle of cheap wine and no dating prospects, but isn’t that better than being someone’s place holder? Do you really want to spend your nights sitting at home waiting for him to call, while he is out with her seeing the movie you wanted to see with him? Do you really want to spend your days waiting for him to respond to your text?

Until we start setting the bar higher for ourselves, how do we expect to see a change? Stop being accepting of whatever they are willing to give and set your bar high, to see who is willing to rise up to not only meet it, but exceed it.