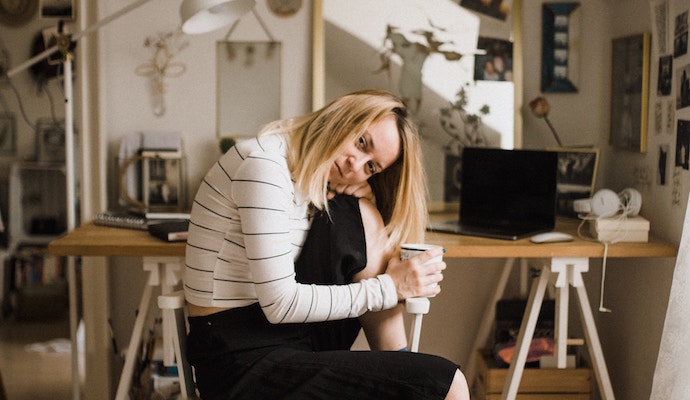 Creativity is an important skill, no matter where you are in life.

Whether you’re a student or a young professional, being able to solve problems creatively helps you to succeed at your goals faster and get through life more easily. Who doesn’t want that?

The problem is, sometimes, when you need a creative solution the most, you find yourself drawing a blank. This is something all creative people deal with, and it can be super frustrating!

Here are some smart ways to nudge yourself toward a breakthrough when you aren’t feeling those inspirational vibes.

Research says there’s something about being in nature that can make us more creative.

Ruth Ann Atchley, department chair and associate professor of cognitive/clinical psychology at the University of Kansas, conducted a study to learn how being outdoors impacts creativity.

Her tests revealed subjects were about 50% more creative after backpacking on a long hike than they were before they started.

Atchley’s team tested hikers who ranged in age from 18 years-old to well into their 60s and found the results held true regardless of their age.

Nature provides a safe space for our mind to relax and become more open, which then allows creativity to flow through us.

We would think we’d be more creative when we’re wide-awake, focused, and alert. But while these abilities can make us more analytical, science says they aren’t as helpful for creativity.

One study of 400 college students found that students did better on insight problems “when they were less awake.”

The reason is believed to be that, when we’re brainstorming, we tend to filter many of our ideas before we really think about them. In doing so, we can miss ideas that might be just the ones we’re looking for.

On the other hand, when we’re tired, we don’t filter as aggressively, and more creative ideas can make their way into our thoughts.

When a problem has you stumped, it can be best to just step away from it for a little while.

Sure, distancing yourself can give you a fresh perspective, but that’s not the coolest reason you should give it a try. Science says that when you move on to another task, your brain keeps working on the original problem without you even noticing.

Have you ever forgotten the name of a song or an actress, only to have it hit you out of nowhere later in the day? That’s an example of what I’m talking about.

David Creswell, a neuroscientist from Carnegie Mellon, asked three groups of people to pick an imaginary car to buy, based on a set of criteria.

The group that ultimately made the smartest choices wasn’t the one that picked the fastest or the group that sat and thought about which to choose.

Surprisingly, the people who made the best picks were those who were given “a distractor task – something that lightly held their conscious attention but allowed their non-conscious to keep working.”

There’s no rule that says every idea must be 100% unique. In fact, most great ideas are spin-offs of older ideas.

Angus Nelson points out that the entire superhero genre is based on the same storyline with only slight modifications.

The hero has superpowers and at least one weakness. The hero is good. The villain is bad. They fight. Generally, the hero wins. The end.

But what if the hero is a woman, a high school student, a blind person, or a rich guy with no superpowers? These simple twists keep new superhero stories feeling creative and unique, despite their common premise.

So the next time you need a “new idea,” consider drawing inspiration from an old idea that has worked before — and adding your own special spin.

These are just a few ways to snap out of a creative block and really get those juices flowing. Give a few of these approaches a try and figure out what works for you!