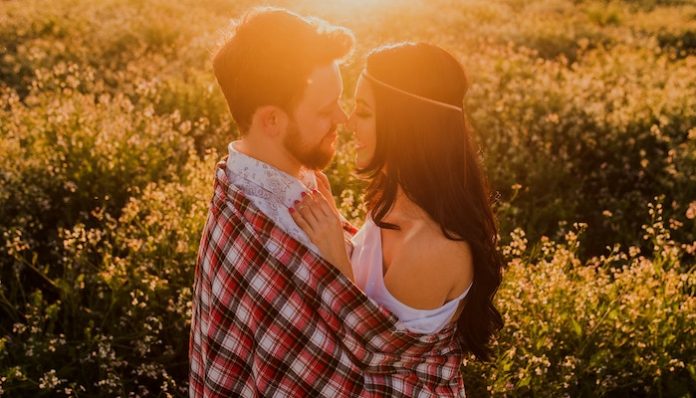 These days it’s kinda depressing hearing about all the romances gone wrong. There are some true dating horror stories out there, but luckily all is not lost. Plenty of people are still finding true love and, if you want to follow in their footsteps, you just have to believe.

These two love stories are very different, but they show that love is for anyone and everyone, and that it stands the test of time.

When you come into money, there’s always a worry that people will treat you differently and not appreciate you for who you truly are. Luckily, not everyone is a gold-digger, as seen in this story of lottery winners from the Lottoland blog. Matt Myles did what any young guy would do after a lottery win – he partied. Hard. In fact, his new-found wealth took him all around the world with his friends in 2014, as he globe-trotted around 22 countries. He won £1 million in the Euromillions (about $1.38 million), and spent around half of that.

When he got back, the friends introduced him to Stacy Edwards. He put his partying days behind him and played the love lottery instead. They now have a baby and will marry next year.

There are many people who’ve been doubly lucky after winning the lottery, but this one’s charming because it’s so down to earth.

Sometimes the whole “high school sweethearts” thing can be a little much. After all, will such relationships last? Can the couple truly say that they’re together for anything other than comfort? And will they truly grow? These questions are irrelevant when it comes to Alan and Jan, who told their story to Hello Giggles.

Alan spotted Jan in the 70s when she was just nine years old and he was a couple of years her senior. As they were merely children, nothing blossomed between them. However, Alan had decided that one day he was going to marry her.

In high school, things changed and they began dating after a chance encounter made Alan realise that Jan was the same girl he had fallen for years before. They spent all their time together – Alan even taught Jan how to drive his Mustang. They were all-American sweethearts… until Jan’s parents forbade her from dating after discovering he had bought her a ring. Heartbroken, Alan went off to college. He kept a photo of her in his wallet until the 90s, when he married someone else.

But in 2010, they were both single again. They saw each other online and Alan recreated the ring from all those years before. The pair finally got their happily ever after – talk about patience!

So, if you’re ever pining after “the one who got away”, don’t worry, it just might not be your time yet.

These are two very different love stories, but each has the same message. Love isn’t just something that happens to people in Hollywood movies. It can happen to any of us at any time, no matter what’s going on in our lives.

We just have to wait for it to happen.

Photo by Everton Vila on Unsplash