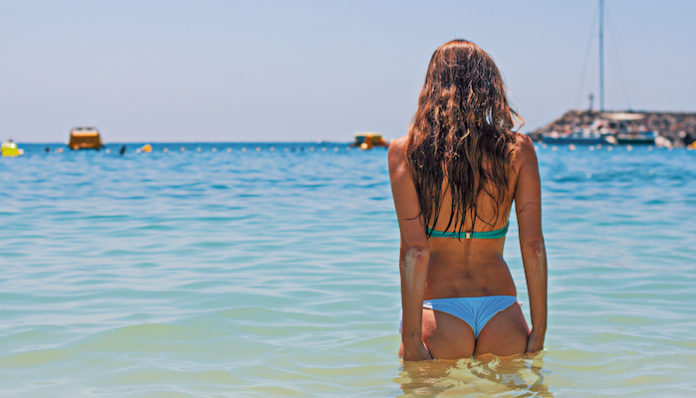 When you tell me you aren’t ready for a relationship, all I hear is that you don’t want me. I simply can’t convince you to give up your single life or like me back. Instead, I’m forced to leave, even when I don’t want to as there’s clearly no changing your mind. The old me would have kept waiting — she was naive for thinking a boy would change. And it’s screwed me over time and time again. So I’m not wasting any more of my time, especially on someone like you.

You can’t expect me to wait until you’re ready to accept my love or choose to love me back. By the time you realize how good I was to you, that love I once had for you isn’t going to exist anymore. I may not love someone else yet but I certainly won’t be loving you. What’s more, if anyone will receive that love, it’ll be me.

I’m not going to sit around and watch you message other girls and go on dates. I won’t sit on the sidelines waiting for you to get your playboy ways out of your system. I won’t help you unload your baggage, nor will I help you understand the idea of monogamy. Instead, I’ll be lightening the load that I’ve been carrying on my shoulders while hyping myself for the catch that I am.

I know my worth, and I confidently know that I won’t stick around to be hurt.

If you told me that you aren’t ready for a relationship, you made sure that I’ll be leaving. You can try to keep me for sex, friendship, an ego boost or entertainment, but you won’t change my mind. I’m not going to allow you to treat me less than what I deserve.

It’s understandable that sometimes people need time to figure out their lives before settling down. But you can’t ask someone to wait forever — especially if you’ve dragged them on for long enough. Not many people will put their lives on hold and keep waiting just in case you might want them in the future. And if they do, they must be extremely nice or you must be in a unique situation that they’re aware of. Or they’re simply naive.

At the end of the day, I don’t want someone who isn’t serious about wanting me — desiring to kiss me, sleep with me, tempt me, or take me on dates. I don’t need your flattery, lies, attention, or affection. Instead, what I need are honesty and real conversations. I need authenticity.

I know the damage false hope can cause. I’ve been shattered by it before. I’m not stupid enough to suffer through the mind games, confusion, and self-doubt ever again. I don’t feel the need to stick around for when you want me. And I certainly don’t need you telling me that one day, things might work out between us. I won’t wait for you and ruin the chance at meeting the one I’m destined to be with.

You can try to hold on with all your strength and try to convince me with lies and charm. It’ll definitely make it harder to leave because self-doubt and ‘what ifs’ will creep into my mind. But it won’t be enough to make me stay. I don’t want to settle for being someone’s occasional company or a dirty little secret. I deserve to be shown off to the world with pride and be with someone who’s confident about his choice to date me.

Moreover, I deserve to be with someone who’s ready to commit to me and only me. Someone who is ready to say goodbye to other girls and cut ties with people they weren’t serious about. I deserve someone who wants the same thing I do — a serious relationship.

It’s frustrating to keep having encounters with men who are emotionally unavailable, holding out until their exes take them back, or unsure about what they want. However, it’s not going to trap or discourage me any longer. I know waiting is a subtle form of heartbreak, so I’m not going to let myself get that close to destruction ever again.

15 Divorced People Reveal The Final Fight That Ended Their Marriages