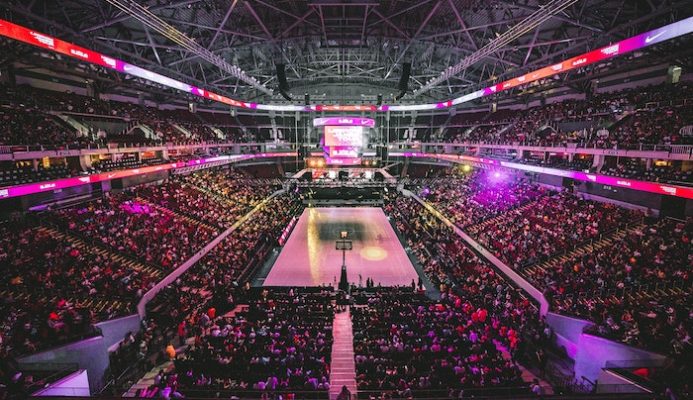 As the selection show for the 2016 NCAA Basketball Tournament came to a close last night, people began flooding websites like trying to download and print their own brackets or create a pool for people who are ready for a challenge and a chance to win big.

But for many, (I see you hiding, ladies) the science of “bracketology” is a completely foreign language, and the Selection Sunday Show sounds like another annual awards ceremony.

So let’s change things up a bit this year and learn the fine art of the NCAA Men’s Basketball Tournament.

The Selection Show Process
The Selection Show is literally as it sounds: a selection show on CBS to round off the official start of the NCAA Men’s Basketball Tournament (and March Madness) by taking two hours to list the teams who are in the tournament and how they have been placed this year. This show reveals which 68 teams have made it to the tournament round leading up to the championships on April 4. Some teams automatically got in by winning their conference championships. For others, Sunday’s games would determine who was in and who was out of the remaining spots.

For more simple terms, NCAA.com does an excellent job at breaking down the selection show: There are three phases to the process to determine the 68 teams for the tournament: I. Select the 36 best at-large teams; II. Seed the field of 68 teams; and III. Place the teams into the championship bracket. Surprising Twists This Year
The No. 1 seeds this year are Kansas (no shock), North Carolina (no surprises there), Oregon, and Virginia. Color me surprised to see Oregon and Virginia in those spots this year, but if you play well when it counts, you do win a little extra after all!

Oklahoma, Villanova, Michigan State, and Xavier round-up the No. 2 seeds. Let me boast here about my hometown for just a moment. Xavier came out of the blue (literally) this year and play spectacularly and landed a higher seed than the University of Cincinnati (who I typically support over Xavier). So personal shout out to Xavier for a kick-ass season. I’ll be rooting for you when I’m not rooting for my UC Bearcats to win later this week.

A little disappointing to see last year’s No. 1 seeded Duke and Kentucky in No. 4 seeds this year. Coming down off a high might be a wakeup call as they take on late night games in the first round of the tournament this week.

And then there are some teams I’ve never even heard of that managed low seeds this year: Cal State Bakersfield, Austin Peay, Stony Brook, Stephen F. Austin, and Weber State to name a few. Lots of surprises in store with games beginning this week, and I’m curious to see what teams get knocked out! So

How Do You Fill Out A Bracket the Right Way?
First things first: don’t be the person who picks a No. 16 seed to beat a No. 1 seed because you want to root for the little guys. That won’t do anyone any good. You miss one, and that leads you to missing the rest of that region of the bracket in most cases.

Rooting for your home team or school isn’t always the best answer either. Look at their yearly stats, check out their matchups from earlier this year, and go with your gut. Don’t always follow the crowd.

If you want to do things the right way, don’t boost a No. 13-No. 16 seed team into the Sweet 16. The historic records for that are 30-248… That should say enough in itself. Don’t bump every No. 1 seed to the Final Four. The odds of that happening are 57 to 1. After such an unpredictable season and some huge losses in this selection so far, the chances of all No. 1 seeds moving up another round are really questionable.

DON’T OVERTHINK IT. This isn’t a life or death situation, ladies. This is teaching yourself about the game and learning to go with your gut (ok and maybe a little intellect too). Soon enough, you’ll be sitting with the guys, drinking beer, and yelling as loudly as possible over the TV at the moronic plays and calls that cost a hefty loss on your bracket (or a win if you root for the underdog!)

Beyond The Game: What Competitive Volleyball Taught Me About Life