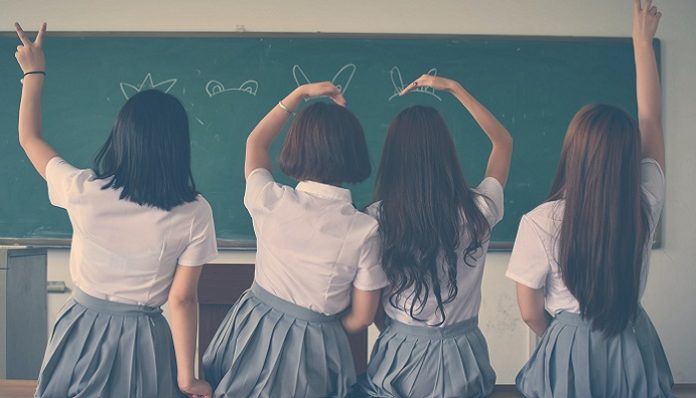 These are phrases I have heard far too often in my life. Since I was three years old, my parents have put me in Catholic, private school. Even today, I attend a private university, which was ultimately my choice when deciding where to attend college. And for the record, I do not wear my kilt any more.

I am not rich, even in the slightest. I come from a middle class family, where both my parents have worked hard all their lives. My mom came from a family where both her parents emigrated from Italy so they could have a better life and give their family a life they never had. My mom did not have much growing up, and therefore worked her entire way through college. My dad was in the same boat as my mom. He would commute almost two hours from lower Manhattan to Queens and then commute back so he could work to pay for his education by himself. After my parents met and tied the knot, they worked full-time jobs so my younger brother and I could receive the best possible education. I often remember crying when I was little as I watched all my friends getting picked up by their moms while mine was working. It wasn’t until I was in high school that I realized how different it had been for them growing up and how they did not want the same thing that happened to them, to happen to me.

While there are those who come from well-off families and also attend private school, you will be surprised how many who are not as affluent like myself. I have never thought for a moment that because my parents put their hard-earned money toward my brother and I, that I am above someone else who may attend a public school or even be homeschooled.

I became viewed as a rich, privileged girl in a uniform who is just given whatever she wants by her parents and does not work for a single thing. I work in the summer, often balancing a coaching job or two, along with babysitting to earn money of my own to try to pay for as much as I can. My parents pay for whatever they can for me because they want me to receive the best education possible and to focus on that until I am able to land a full-time job post-graduation. Because of how hard they worked and saved throughout their own lives, they have given me a life that I am beyond thankful for.

I cannot tell you how many times growing up, an adult or another person my age has asked me where I go to school. When I reply, I immediately see how their view of me changes in an instant while they say, “Oh, okay.” Or, perhaps when I would go places like the grocery store or mall after school, I would receive constant stares because I was wearing a uniform. And because I was wearing a uniform, others my age would start to point and whisper about me. You can imagine how this would make me feel.

I also attended an all girls, Catholic high school. When I would tell people where I went, they looked at me with a sorry expression and would say, “That must have been so hard for you” or “So, do you know any boys, or even how to talk to them? You probably don’t know any, right?” I often would laugh hearing this because my time at my high school was one of the best experiences I have ever had. Yes, my high school challenged me academically, so it was hard at times in that sense. I never felt like I missed out on anything. I still attended football games at the all boys school down the street, I had homecomings and proms, and still had just as fun on my spirit days as any other student would. And yes, I know boys and how to talk to them! (Spoiler: I have had a boyfriend since sophomore year of high school.) I had an actual life outside of my of all girls school world and everyone else at my school did as well.

I hope that by writing this, many of you who may have had negative connotations regarding those who are or have attended a private school, think twice before assuming that every person is “rich” and believes they are better or different than you. The next time someone tells you they attended a private school, or are seen wearing a uniform, that you are careful not to make judgments so quickly about them. As the saying goes: don’t judge a book by its cover.

My Toxic Trait Is Negative Self-Talk

4 Things You Need To Do To Finally Start Accepting Yourself