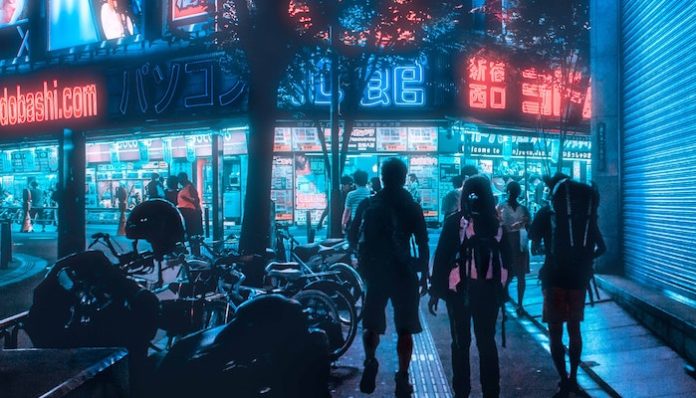 It’s not fair but there is a stigma in our society around older women dating younger guys. When the age difference is the other way around and a younger woman is going out with an older man, no one bats an eyelid.

But many women are waking up (quite literally) to the pleasures of dating and being in relationships with younger guys. Yes, they’re nice to look at – but there’s more to it than that.

These days, there are a lot of great places for older women seeking younger men to find dating success. Whether you find a younger man looking for an older woman online or out at a bar, younger guys are fun and fresh and you can have more fun in their company. But when you date a younger guy there are other benefits too. Like…

Starting with the basics – younger men are fitter and healthier than their older counterparts. Your average younger guy is still at that stage in life where he can drink a six-pack of beer and eat a whole bag of chips every day and still keep his figure. Plus, he’s still motivated to stay in shape and probably goes to the gym a couple of days a week or plays sport on weekends.

If you take him out on a hike, he’ll definitely keep up with you and won’t start whining about his bad knee halfway through. Do we really have to say where this counts the most?

Okay, young men are more energetic in the bedroom and this leads to better positions and longer lasting sex. If you’re tired of going to bed with a date who automatically lies on his back every-single-time, a dose of young man is the right medicine for you.

They have way less baggage

Having a romantic past is a wonderful thing and can make you a better, more rounded person. However, studies show, men aren’t as good as women at getting over their break-ups. There are also fewer landmines to worry about in the form of topics and questions to avoid talking about on a date.

They tend to carry their heartbreak baggage longer and feel it more acutely. There are several studies as to why this is – they don’t talk about their hurt to their friends, and so on.  But all you need to know is, younger guys can have a lot less of this emotional baggage than older men.

Things like constantly wanting to rub any new relationship in an ex’s face are prime examples of older guy baggage. With a younger guy, if he invites you to his friend’s birthday it’s not because he knows his ex will be there.

Along with the lack of emotional baggage comes a lack of resistance to new experiences. Older men tend to have memories of trying something once and not liking it. This can make planning a date or trip really hard.

Younger guys just don’t have these same hang-ups. In fact, the things an older woman wants to do are usually all so completely new to him it seems like an adventure. Wine-tasting weekend? Sure, why not!

It can’t be overstressed how important being open to new things is to a relationship. If the person you’re dating has something negative to say about everything you suggest, the fizz soon goes off the champagne. But when you date a younger guy, all the activities you enjoy might be completely new to him.

Your dates will be more fun

It’s a mystery to many women where the idea that dinner made a great date came from. When we think of the perfect date, we imagine something spontaneous and unplanned (just be sure to follow our tips to ensure the date doesn’t end horribly.)

Ideally, you go out for a cocktail and then hear of a party happening somewhere else. You go there and end up doing karaoke in Chinatown until  3 a.m. Likewise, you could go to an art exhibition in a city then hop into a horse-drawn carriage for a ride around the park or on to a boat for a river tour.

These are the perfect date scenarios which almost never happen with older men. More so than women, older men need to know what’s going on and to control what’s happening at all times.

They have their own particular restaurants, where they’ve been going for 20 years and they know the owner. They don’t want to stay out too late because they’ve got a meeting in the morning or want to bag a great parking space later that night.

Excuses like, “How are we going to get back to the car if we head downtown?” are classic lines, which make us all groan. But younger guys just tend to worry less and this means dating them is much more fun.

Your dates will be cheaper too

In the same vein, when you take dating outside of the restaurant you get to do things with your money, instead of just eating and drinking. Everyone loves a good meal and an expensive bottle of wine now and then — but not every time.

Why not spend the same money on hiring a speedboat for an afternoon or driving out into wine country? You can grab a sandwich on the way.

And even if this isn’t your thing, a younger guy is less likely to turn his nose up at the idea of a picnic in the park over a candlelit dinner. All this means you get to spend more money on the things you two enjoy doing together.

The classic cougar button reads, “You’re only as old as the man you feel!” While this is said in jest, it’s also very true. Dating a younger guy makes you feel younger too.

Women who regularly date younger guys just have a glow about them. Maybe it’s all the good sex, the new activities or the way he treats you. We’re not sure but this is one very real fountain of youth.

In fact, older women who regularly date younger guys are rated as fresher looking over all. So for us, this is reason enough to give it a shot

He won’t judge you for being immature

Nothing puts a damper on a relationship like being called out for not being realistic or mature enough. Yet, this is exactly what happens to guys over 40 and the women who date them.

These older guys start getting less healthy, losing their hair and gaining a few pounds, and suddenly the most important thing in the world is maturity. Taking themselves seriously is a point of pride and for many women a complete turn off. However, after you’ve dated at least one younger guy, you’ll find this no longer needs to be an issue.

A younger guy will never be horrified at the idea of you taking a six-month sabbatical to travel around South America. Heck, he’ll probably want to come too. He won’t berate you for not getting that promotion or accepting the better-paying job you knew you’d hate.

Younger guys live in the present more. They want to have fun now. So if you’re tired of every man you meet planning his retirement, this is the right move for you. If being fun and spontaneous equals reckless and immature in your usual dates eyes, it’s time to move on to a younger model.

But the number one reason why dating a younger guy at least once is a must-do on every older womans list is the head-turning factor. When you walk into a party with a hot younger guy, all your friends will be green with envy. It’s not so much about having a trophy-boyfriend but more about showing you’ve got the guts to do it.

As stated before, there’s a certain stigma attached to older women dating younger men, that’s why we call them cougars. The idea is they go out aggressively hunting their prey, when in fact younger men are hunting them right back.

If you’re an attractive older woman, finding a good looking and fit younger man to go on dates with you is not an issue. But going on dates with them is another matter.

You need to be comfortable in your own skin to be able to pull it off. It’s a level of confidence not all women possess. But dating younger men is no longer taboo and the only way to find out if you do have what it takes is to dive right in.

Don’t worry, once your friends start hearing your feedback – they’ll be lining up to date younger guys too.

10 Things People Who Are Always Hungry Will Understand