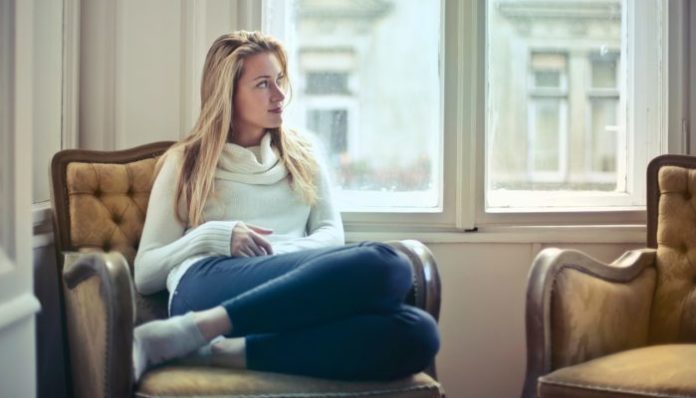 My roommate moved out at the beginning of spring, and I was suddenly left with an empty apartment and virtually no f*cking clue what to do. This surprised me more than I thought, seeing as I’d been living sans parents for almost six years prior to that. There were so many things I had never actually considered before – like, what is the technical name for utensils and what material should I buy them in? (Answer – stainless steel, and you just call them stainless.) My roomie dipping out and leaving me to my own defenses taught me how not adult I actually am.

Facts: I never realized I’ve never actually owned stainless before. At the very least, I’ve never contributed utensils to any living space I ’ve had the pleasure (or displeasure) of cohabiting in. I’ve never had to pay for staples like tea kettles. Until now, of course. When you live alone, all the luxuries you once shared for free suddenly disappear.

Like, ok, that “Cranberries” vinyl wasn’t mine after all? Oh.

Living alone is oddly expensive at first. When you suddenly realize you own the vacuum and they owned the Swiffer Wet Jet, you own the coffee maker but not the coffee grinder, you had all the books but not the shelf, sh*t adds up. But the glory of it all is that everything you own is now yours. Everything you shell out your hard-earned cash, for now, gets to go wherever you go until you hate it and trash it. And you also don’t have to continuously worry who pumped into the side table and dented it anymore because it was more than likely you, you solo inhabitant.

This is so true. The magic of cohabitation is when two or more people come together and their personal styles unite. Even if it doesn’t “match” in the normal sense of the word, it still has this look about it. You can somehow pick out each person and spot their unique style amongst the knicknacks. When you live alone, suddenly, decorating is all on you. And granted, it was probably your roommates rug or loveseat, and you’re finally getting that golden opportunity to furnish the place how you see fit, but it’s hard figuring out what looks good all on your own.

The hardest part for me was matching the rug to my couch and my historic hardwood floors. Is cream too white? Is grey too dark? Decorating is hard, especially when you’ve lost your built-in sounding board. Not sure if something matches? My go-to is simply buy what you want and return whatever doesn’t work. If you need permission to binge-shop Target, here ya go.

Which, yes, you’ve technically been living without the help of Mom and Dad for a while. And yes, you’ve been shelling out your own cash for your own living expenses for a while, too. And there are probably multitudes of adult milestones you’ve crossed between the day your dad dropped off your last box of DVDs at your first college apartment and now.

But the only difference is that you now have no one to double-check if you turned your straightener off, and there isn’t anyone going to be home to watch your cat when you vacay in Punta Cana for a week.

And it’s f*cking scary. But there is also this incredible sense of pride that you get to carry around with you now. You’re the only one who can solve your problems. You’re the one who makes those dank dinners for one that are Instagram-drool-worthy. The line between responsible and regrettable is now solely up to you. If the dishes aren’t done, you have no one to blame but your own damn self. And sometimes that’s lonely. But in the end, it’s special.  It’s glorious. It’s beautiful.

So, I mean, yeah, living alone is not the easiest thing in the world, but like all things, it is an adjustment. Sometimes, it’s actually better than living with roommates. Sometimes, waking up in the morning to silence and the sound of another episode of Ghost Adventures is more wonderful than you could ever imagine. All it takes is a little balance and a belief that no matter what, you’ve got this.