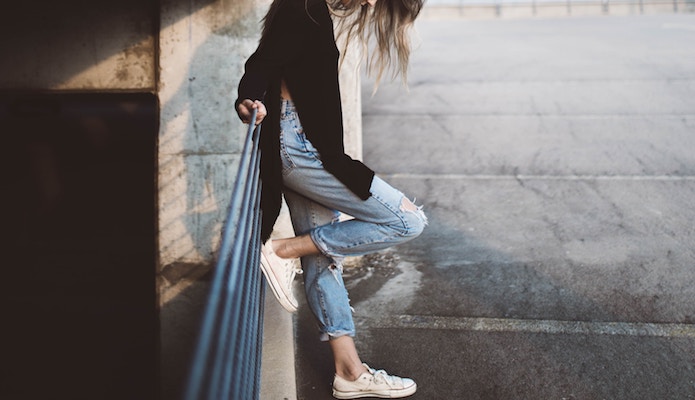 I have been trying to write this for a while. I have been sitting at my desk, day in and day out, trying to come up with a good lead for this article. Suffice to say, I can’t. I just sit there either browsing aimlessly on my laptop or just staring at a blank document. I can’t seem to come up with the best way to tell you this without sounding too sympathetic or come off as too insensitive. But I guess I have to start somewhere, so let’s go with the truth.

Here’s the jist: a couple of months ago, I matched with a boy on Tinder (yes, I was on it like every other girl, no big deal). We talked for a month and I’m not going to lie, we immediately hit it off. We had the same taste in music, we had endless talks on Kanye, Eminem, and Drake; the same views on sex and relationships, like how sex is just sex and that being young is meant for exploration, and not being tied down to a relationship that we’re all too immature to understand or handle. I liked him and I was pretty sure he liked me back.

But one night, he told me a big no-no in my books: he had a girlfriend. I couldn’t believe it, so I asked if he was lying and he said he wasn’t. They had been dating for a while. Confused and shocked, I asked why was he on Tinder and why he was talking to me. He simply answered with “you got me hooked.” After that, we went on talking about how I don’t do being the “side chick.”

And that was the truth: I wasn’t into it. My mom was cheated on by my dad, and a lot of my friends have been cheated on by their significant others. I grew up not liking cheaters and their dishonesty. But, I don’t know what it was with him, maybe it was my rebellious phase talking, or maybe it was the whim of the moment; that I’ve finally found someone on Tinder that I actually liked talking to. But there was a part of me that wanted it to happen. And it did.

For a while, we talked and I have given him everything he wanted, which included sex. At the time, I liked the thrill, the chase this whole charade could offer. I loved how much attention he gave me; how much he craved for me.

But recently, I’ve realized that we’re bad people. What we have been doing was wrong and disrespectful and indecent. It was like one day a realization ball hit me right in the face, waking me up from this nightmare. I never wanted to turn out like this. I never wanted to be the “side chick,” to be that girl because no one likes that girl. No one respects that girl. I don’t even respect that girl. Hell, I don’t even respect myself for getting this low.

I have always been a feminist and I believed on sisterhood, but what I just did was wrong and it goes against my belief and moral system. I hate myself for allowing him to have the upper hand on my mind and heart, and for trying to camouflage a failing relationship. You know, he’s still talking to other girls beside me and his girlfriend? Yeah, that’s how much of an asshole he is.

Ask Ada: How Do I Ask My Dating App Crush About...