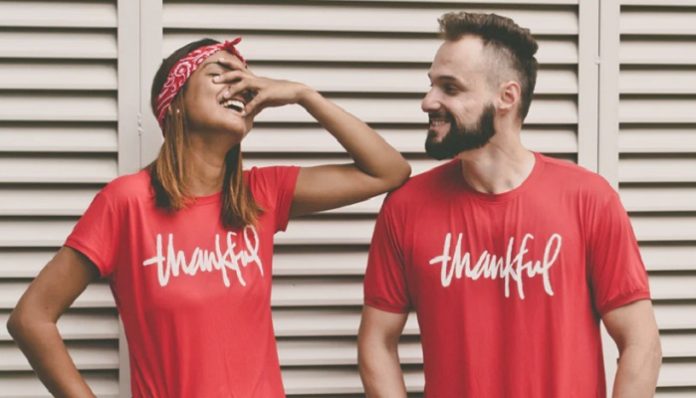 Women know what they want — they just don’t know always how to tell us, men. As a rule, one thing women don’t want is this guy: Jack McJerkface. While the irresistible traits that all women possess will likely still attract the McJerks, she’ll also attract Mr. Perfects. There’s a lot of conflicting dating and pickup advice out there: play hard to get, don’t play hard to get, be yourself, be a sports fan, be sexy but still down to earth… the list goes on.

But here are seven qualities men love and find irresistible.

So do one or all of these things to get our attention, and then keep us calling you for date after date.

1. You have a shining sense of humor.

One of the easiest (and surprisingly least-practiced) methods of convincing us we made the right choice in talking to you is when you respond to our jokes instead of simply laughing at them. If you’re hee-hawing at our wisecracks, wonderful — just make sure you don’t leave a dead silence at the end of each one or we’re going to think you’re expecting a stand-up routine. We want a woman who’s our conversation partner, not just an adoring fan.

2. You don’t immediately fall in love.

As the law of supply and demand goes, we want to crave your attention before we get it. Once we have it, though, it’s nice to be reminded that you only have eyes for us. It’s one of the most irresistible traits ever.

3. You don’t overly obsess about your wardrobe.

If you spend most of your time and energy on clothes and shoes, we may suspect you’re a bit superficial. Can we not sit around in our underwear once in a while if we’re feeling depressed? We like a woman who minds her appearance but who also knows that being attractive is more about confidence than owning Manolo Blahniks.

4. You’re healthy, but not a health nut.

Obviously, men dig a woman with a kickin’ body, but not if it means she spends more time in the gym than she does with us. Likewise, we’ll forgive you for eating a salad on a first date but not every date for the rest of our lives.

5. You’re extremely down to earth.

The type of attention a drama queen demands from men isn’t the sort of genuine, will-love-you-forever attention women deserve. We like a woman who forgives the occasional stupid move. If we say the wrong thing in a casual conversation and it wasn’t racist or an otherwise idiotic remark, she remembers that, as humans, we’re going to disagree with at least 25 percent of everything anybody says. And so, she lets it go.

6. You don’t feel the need to stalk on social media.

Where do you want this relationship to go? If you answer, “I’m not sure” or anything other than “to the friend zone with you!” then you shouldn’t befriending us on Facebook until it’s established that we’re more than chummy. I recently had to unfriend two women I dated because they friended me before we ever went out and it didn’t work out with either. Don’t make us the bad guys.

7. You have the decency to return phone calls.

I know it seems like calling a woman is no big deal because we’re grown men, but every time we dial a number for the first time, we’re terrified that one of the following things will happen: you won’t remember us, or we have to think of something witty to say on your voicemail. Unless we were total jerks to you (in which case you shouldn’t have given us your real number), call us back ASAP.

8. You’re passionate, but not a zealot.

It’s inspirational when anyone is really into something. Whether it’s a cause, a hobby, or a job, seeing what gets a lady fired-up makes her more attractive (unless it’s dogfighting). But zeal does have its limits. Fifty hours of work per week plus another fifty hours of decoupage doesn’t leave much time for dating or finding new passions as a couple.

While approaching a gaggle of gals is a little intimidating, dating the lone she-wolf is even scarier. It’s nice to know that we can spend some guy time or alone time and not have someone lonely, disappointed, and thinking of revenge for this slight. Plus, maybe one of your friends will like one of our friends, and who doesn’t like people helping people?

At the end of the day, remember that attractiveness means confidence — not all the irresistible traits in the world. So as long as you’re comfortable with who you are and find someone who appreciates you, you are set for life!

Why The Person Who Broke Your Heart Will Not Be The...