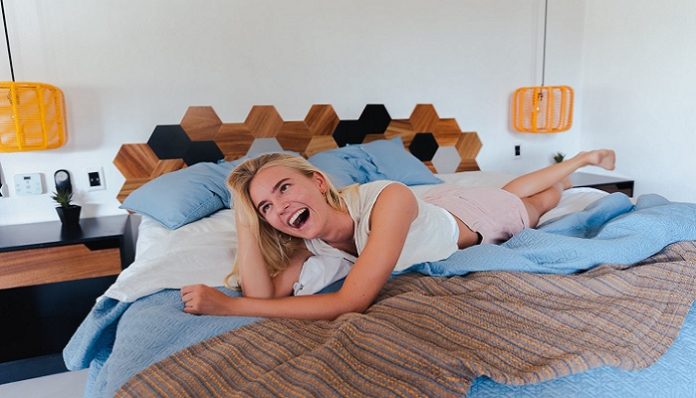 While movies love to paint dating and the single life as one big effin’ party, it’s usually the opposite. The last time I’ve actually gone out and “met guys” was probably somewhere in the ballpark of eight months ago. And I can say that 90 percent of the time, it’s a total letdown.

Hollywood instills the hope within us that we could find true love while drunkenly playing pool at some random dive bar. When in reality, the guys you meet at bars are generally only nice to you until they realize you’re probably not going to go home with them.

It’s a cruel world out there, and it’s one that’s made me more appreciative of the easy comforts in life. Like drinking wine with your friends at home, browsing through the clearance section at Ross, and most importantly, cuddling alone in your bed.

The sheer bliss I feel when I’m stretched out all cozy on my queen mattress on my bed has made me cancel more plans than I can count on two hands.

Why the hell would I waste even minutes of my life talking to some dude in a button-up who just wants to humblebrag about his charity work, when I could be propped up with cloud-like pillows eating fudge brownies and watching Netflix?

And while I get that you have to kiss a ton of frogs with gin-breath to find your hopefully sober prince, I’m personally rejecting the idea that I need to try that hard.

The majority of us single gals eventually want to find someone, but we’re not willing to hang out at smoke-filled breweries or attempt to make conversation at boozy baseball games in order to do so.

Why suffer through small talk anyway? Especially when the conversation will end up being about him and his favorite IPA.

Unless that’s ACTUALLY what you like to do. In that case, keep doin’ your thang girlfriend. When it comes to finding men that are right for you, slow and steady wins the race. Let them find you, the good ones will put in the effort.

It’s all about picking out the weeds, you can tell what feels right and what doesn’t.

A special boyfriend material detector, if you will.  Life isn’t just about finding the one though. Enjoy being single and soaking up all the space in the bed, pull a starfish if you want.

Just make sure you’re not so desperate for love that you change your personal scenery for it.

Because the best kind of relationship comes when you’re just being yourself.