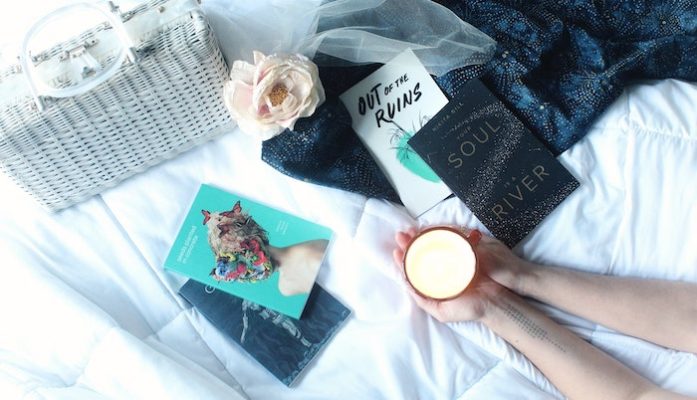 Life after college can be a disorienting time. You are in and out of new jobs, back and forth between your childhood home and shared leases, and wondering if you should continue to celebrate your independence or settle down into a relationship. Your twenties are a difficult time, and it is best to accompany these trials and tribulations with wisdom gleaned from writers who know a little more about life than you do at the moment. Here are 12 books that will be a beacon of light in the storm that is your twenties.

Your love life will not get any easier after college – it may become even more complicated. In this beautifully written coming of age tale, a man looks back on his life, specifically the time when he was a student and was mixed up in a love triangle, witnessed mental illness, and wanted desperately to experience love. A book for anyone who is struggling with thoughts of self-worth, yearning for the meaning of friendship, and seeking new avenues in unexplored worlds.

Be warned – this book may not be a memoir as it was originally advertised. But even if you look at it as a work of fiction, it is a stellar tale of the anguish of youth. James Frey is a drug-addled university student who falls apart, finding himself in rehab, severally addicted and at a complete loss of meaning in his young life. He finds love in the least likely of places and works with his new companions to put back the “Million Little Pieces” of his shattered life.

3. A Heartbreaking Work of Staggering Genius by Dave Eggers

A Heartbreaking Work of Staggering Genius is exactly that; maybe the most aptly titled book of the 21st century. It is a memoir following Dave Eggers’s life as he raised his younger brother Toph after the death of both of his parents to cancer five months apart. As the title demonstrates the book is able to be taken seriously and make jokes at its own expense, humor; which is known to heal many wounds and is a staple in this memoir. The introduction includes a list of pages that the reader should feel free to skip. This memoir is essential to everyone going through their twenties where they will see the importance of family, perseverance, and humor in their daily lives.

4. Opposite of Loneliness Essays & Stories by Marina Keegan

Yale grad Marina Keegan only lived to see five days after her college graduation. She perished in a tragic car accident – leaving behind a timeless essay “The Opposite of Loneliness.” A collection was soon gathered of her creative writing, including essays, short stories, and poems. The Opposite of Loneliness is a reminder that we don’t know how much time we have left, even in our young lives, and that we should try to make a mark on today instead of waiting for tomorrow.

5. The Virgin Suicides by Jeffrey Eugenides

The beauty of the prose in Jeffrey Eugenides’s debut novel will sweep you off your feet. It is a tragic tale of five enigmatic sisters, the Lisbon girls, who grow up in affluent Grosse Pointe, Michigan. While the neighbor boys watch from across the street, the sisters began to commit suicide one by one. The book is written in a collective plural narration of boys of the neighborhood, now men, looking back on this strange part of their childhood. The book illustrates the mystery of everything around us, begging the question “How much do we really know the people we see every day?” A question that will haunt us every day in our post-college years.

6. Me Talk Pretty One Day by David Sedaris

David Sedaris’s  Me Talk Pretty One Day is a hilarious hodgepodge of essays illuminating Sedaris’s life in the south, time in NYC, and everything in between. He has a hilarious scope for the world, mixing dark cynical views of the world with stories of hilarious over-the-top childhood antics. Sedaris is the king of the modern humor essay. From his backbreaking work for a moving company, to his embarrassing dinner party toilet story, and his reluctance to use the internet, his essays are relatable to anyone’s life after college.

While “Dear Abby” is the most syndicated advice column of all time, Dear Sugar is the most badass. Cheryl Strayed author of Wild, pulls no punches while offering sage advice in her column “Dear Sugar” where she at the time wrote under the nom de plume “Sugar.” Her advice is smart, compassionate, and lacking BS. She tells it straight. Anyone struggling through young adulthood will find this book as a breath of fresh air.

8. Into the Wild by Jon Krakauer

Into the Wild by Jon Krakauer is the heart-wrenching tale of Christopher McCandless. A brilliant graduate of Emory University, who left his study carrel to venture on an itinerant personal odyssey around North America. McCandless donated his entire life savings, $24,000 to Oxfam America, and hitchhiked his way to Alaska where he ultimately met his match, the unforgiving Alaskan wilderness. A perfect book for daydreamers, wanderlusts and those of us who are terrified by the idea of conforming to mainstream corporate America. This is tale that will inspire you to make the most of life at your young age and reminds us that the peerless beauty of nature is out there for those of us who dare to find it.

9. A Separate Peace by John Knowles

A Separate Peace by John Knowles is about the friendships we make and how easily they can fall apart. Set at a boy’s prep school during the beginning of WWII, two unlikely friends and roommates begin a friendship that will soon be tested. Gene, the narrator, is an introverted academic and Phineas is a boisterous athlete. The two become inseparable and create a secret society in their strict east coast school. However, when jealousy arises, and the pressure to conform to the war rages, the two are tested like they never knew was possible. This is a perfect book for our twenties, a time where we see people come and go in our life, and we are tested to see what we really stand for.

The Rules of Attraction by Bret Easton Ellis reminds us that we can have everything and still be miserable. Ellis sharply investigates the bohemian lives of three students at the fictional East Coast affluent liberal-arts college. Most characters are devoid of emotion, plans for the future, and morals. In this satirical black comedy, we see people with decadent and deprived lives in laps of luxury. Spoiled rich kids spending their parent’s money on cocaine and cheap thrills and Ellis treats their sexual posturing with both satire and compassion. This book will give you a chance to reflect on what you deem just or morally reprehensible. A valuable lesson in our young lives.

11. Zen and the Art of Motorcycle Maintenance: An Inquiry into Values by Robert M. Pirsig

Robert M. Pirsig died in April of 2017 and left behind an extraordinary philosophical autobiographical novel published in 1974. On the surface, Zen and the Art of Motorcycle Maintenance is about a father and son motorbike trip across the country. Delve deeper into the novel and it is about much more; it’s a philosophical quest into the art of reason in a deafening world of madness and brilliance. The father character is someone who has battled mental illness to the extent that he underwent shock therapy sessions. Now discussing life with his son, he is slowly becoming his old self. As this book unwinds you will fall in love with the metaphor the road trip and a personal inquiry into genius. It’a must read for any deep thinker or those who suffer from mental illness.

12. Kitchen Confidential: Adventures in the Culinary Underbelly by Anthony Bourda

This is a hilarious book for anyone who has ever worked in the food industry, thought about working in the food industry, or has ever eaten food. We all know Anthony Bourdain for his numerous reality TV cooking shows, but this 2000 memoir is what started it all. His deliciously funny looks at the inside of some of the world’s most prestigious kitchens give us insights into a world that most of us will never know. Thinking about becoming a chef? Bourdain describes the backbreaking masochist environment of most commercial kitchens, and the places he went wrong on his path to get there. An invaluable read on the lessons of life by a guy who can make one hell of a crème brûlée.

Your twenties can be a great time. They are the time where you celebrate a parade of firsts: Your first “real” job, off-campus apartment, bills, business trip, and maybe marriage and kids. You will have to blaze your own path in life, but it will help to have some bits of wisdom from those who have hiked the vacillating trails of life before.