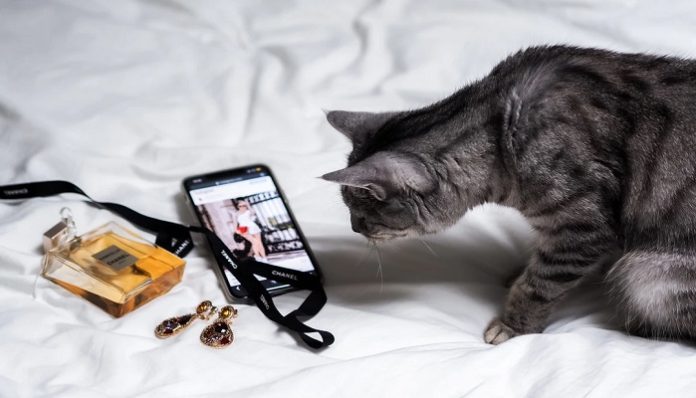 If you’re like me, you check your social media accounts on the daily. Those sites are supposed to help us connect with others, but they can also cause anxiety, resentment, and other feelings that could lead to mental illness, or make our mental health worse.

Social Media Can Cause Isolation

Studies have shown that although social media sites provide links to friends who live nearby and far away, they also make people perceive being more socially isolated than their peers. That effect typically becomes more prominent with increased time spent on social media.

Due to things like location-based check-ins and Facebook Live videos of the things friends are taking part in, it’s easy for people to make others think they’re always on the go and doing amazing things. After all, it’s not very interesting to post a status update that says, “I’ve been studying alone for the last six hours.” Some people do it, but they’d much prefer to publicize something such fun like “Just tried the new Thai restaurant downtown with my BFFs!”

We compare ourselves to others constantly. The data gathered by looking around us and noticing the things other people possess and what they’ve achieved makes us wonder what we’re doing wrong since we don’t own and haven’t accomplished the same things. These kinds of comparisons can also make us feel discouraged about our own feats, especially if we think they’re not as good as what others have done.

Recent data indicates people may depend on social media more when they find self-worth from external sources of approval. Also, comparisons can compromise overall mental well-being and make people more likely to have poor body image. Comparisons happen naturally, but because social media gives us a constant stream of cool things, it’s much easier to start engaging in destructive behavior and think we aren’t good enough.

Even the strongest relationships occasionally become strained. When used in the wrong way, social media could make people more suspicious of their partners when nothing is wrong, causing them to become anxious and paranoid.

There are many self-centered needs that often harm relationships. Some people need to be right or compulsively crave control over their mates. Excessive social media usage can exacerbate our inherent “need to know” what’s going on in the world, and that can also come into play in a toxic way with a significant other. It eventually leads to an individual obsessively using social media to verify whether what a partner has said about his or her whereabouts is true.

Also, think of the major complications that come along with two people who are in a committed relationship disagreeing about whether to officially mention their status on Facebook. One of them might argue that publicizing things shows pride about the pairing, while the other argues that such a display is unnecessary as long as both of them know it’s a genuine, loving partnership. Relationship statuses published on social media can cause jealousy and preventable distress.

People With Mental Illness Hesitate to Disclose It

When a stranger asks how you’re doing, has your internal response ever been something like, “You really don’t want to know.” After that happens, you probably smile brightly and say, “I’m fine, thanks,” even if you’re having one of the worst days of the year so far.

Having gone through that common experience should make it easier for you to understand why many people who have mental illnesses hesitate to talk about them on social media. Feeds are filled with upbeat posts from users who seem to be free from all mental unrest. After seeing them, a person with mental illness may feel like social media is an inappropriate platform through which to admit needing help.

By avoiding disclosure, people may also find they feel exhausted from having to uphold non-authentic images of themselves to benefit others. Collectively, mental illnesses are massively misunderstood by society. Social media only gives momentum to that reality by making mentally ill people feel they can’t be honest.

These are just some of the many ways social media can have a detrimental connection to mental illness. Like anything else, the eye-opening effects discussed above are usually not as prominent with sensible usage habits. If you feel social media time hurts your mental health, take charge and cut back.

Why Ending My “Fairytale Marriage” Was The Best Thing I Ever...