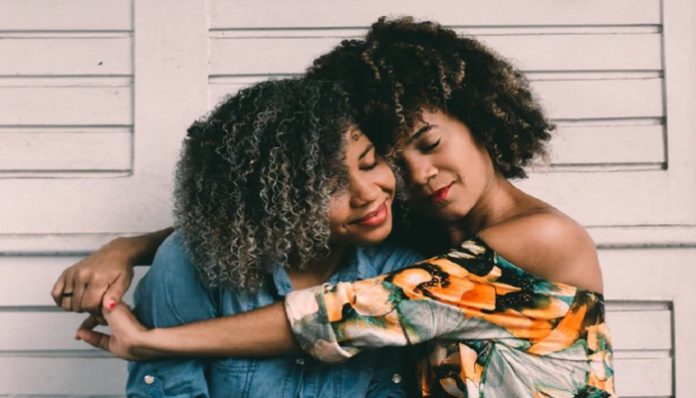 I’ve always been the kind of person who knows instantly whether or not I have a connection with someone. The contents of the connection can differ, it can be physical or emotional or a combination. When it comes to friendships or relationships, it can be of any kind really. Most of my best friends walked into my life and haven’t spent a day outside of it since. I can just sense when someone clicks with a part of who I am, or whether they don’t.

It took me a long time to realize that I had this knowledge. At first I tried to like the people that other people liked, the kids who were popular or beautiful. I found myself struggling and falling behind, because I couldn’t keep up with who they were. Instead of trying to meet new people or put effort in with people who I really meshed with, I somehow felt as though there was something wrong with me. Why couldn’t I fit in with these people? I wasn’t like them and I knew it, so why wasn’t I? Why wasn’t I enough?

I spent years working my ass off to fit in with people who simply weren’t my people. I found sparks of hope here and there with people who still today are remarkably important to me. Yet, I still hadn’t quite learned that I had the power to decide. All I had to do was follow my instincts, as human connection is the most fundamental one of all.

In the past couple years I’ve slowly come to acquire some knowledge on my control over this. I began to cut off friendships that were toxic or simply unfulfilling. I wrote off possible partners instantly because I truly believed that if I didn’t immediately feel drawn to them, then it wouldn’t work. It wasn’t until very recently though that I discovered the real key. That is, the key to finding a family of your choosing.

You see, someone walked into my life who had been there for a very long time. It wasn’t a shock or some spectacular event. I had followed my gut for long enough to know that they were someone I could talk to and keep in my life, but that just wasn’t quite enough. I simply looked at that person in a whole new light, because for the first time I was actually open to the possibility of truly having them be a bigger part of my life. It seemed so silly, how could I, after all this time and struggle, not have known that it was all it took. Two small things, being open and following your gut.

It was one of those moments when you become aware of the simplicity of our complex world. We spend every day stressed and consumed by a million different messages. We forget that the most important ones are the ones we tell ourselves. Do you approach your life with confidence in your instincts or do you keep people around who pull you down? Are you open to the possibilities of new people and friendships wherever you go? Shut out the other messages.

It really is that simple, because when it comes down to it, human connection is all we have. Don’t throw away the one beauty that is entirely permanent just because someone told you to. Relationships shouldn’t exist on obligation or facts, but on a part of you that somehow fits with a part of them. Trust yourself, trust your instincts, and the world may surprise you with people that bring you an incredible amount of joy.

How To Have The Perfect Marriage Proposal From Start To Finish

The Disability Community is In Uproar Over A Dr. Phil Episode